Microfliers can also be paired with miniature sensors and data-gathering devices to monitor air pollution and airborne diseases. 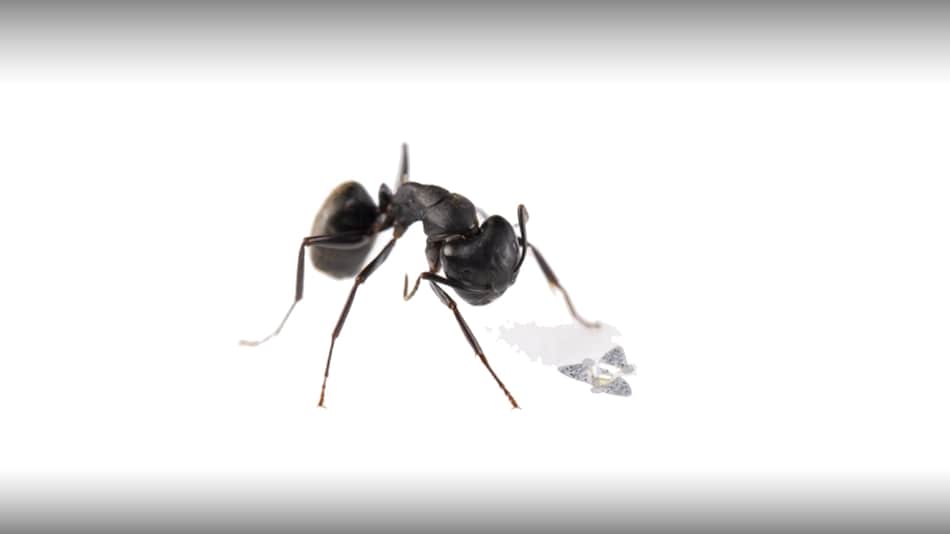 A 3D microflier sits next to a common ant to show scale.

Engineers at Northwestern University in Evanston, Illinois, US, have designed electronic microchips that can fly. These flying microchips, or microfliers, are the size of a sand grain and can fly without any motor or engine, much like a maple leaf or air-borne seeds of plants. These are the smallest-ever human-made flying structures. The microflier's aerodynamics is designed so that it falls in a stabilised way at a slow velocity. This ensures that it stays airborne for a longer time and disperses over a broad area. These features make it ideal for monitoring air pollution and airborne diseases. The research was published in the Nature journal.

Northwestern University's John A. Rogers, who led the device's development, said in a press release,  "Our goal was to add winged flight to small-scale electronic systems, with the idea that these capabilities would allow us to distribute highly functional, miniaturised electronic devices to sense the environment for contamination monitoring, population surveillance or disease tracking."

The ideas for design were inspired by the biological world. The microflier's movement can be compared to that of a propelling maple leaf falling from an elevation. Engineers studied the aerodynamics of a number of plant seeds. They drew the most direct inspiration from the tristellateia plant. It is a flowering vine with star-shaped bladed seeds. The blade-like structure helps the seeds to catch the wind to fall with a slow, rotating spin.

Engineers built a model with three wings. Then they studied the aerodynamics of their designs through full-scale computational modelling. The next stage involved building and testing structures in the lab.

Engineers designed the precursors of the structures in 2D and found ways to turn them into 3D models. Rogers said that the process is helpful because all existing semiconductor devices are built in planar layouts. This 2D to 3D transition will help them to use all industry-standard materials and manufacturing methods to build flat chips and then transform them into 3D shapes.

These microfliers can be packed with ultra-miniaturised technology. These include sensors, a power source to harvest ambient energy, memory storage, and an antenna to wirelessly transfer data to another device.

The microfliers are to be made of bioresorbable material that will biodegrade when they come in contact with water.