These water ice deposits could play a key role in manned missions to Mars in the coming decades. 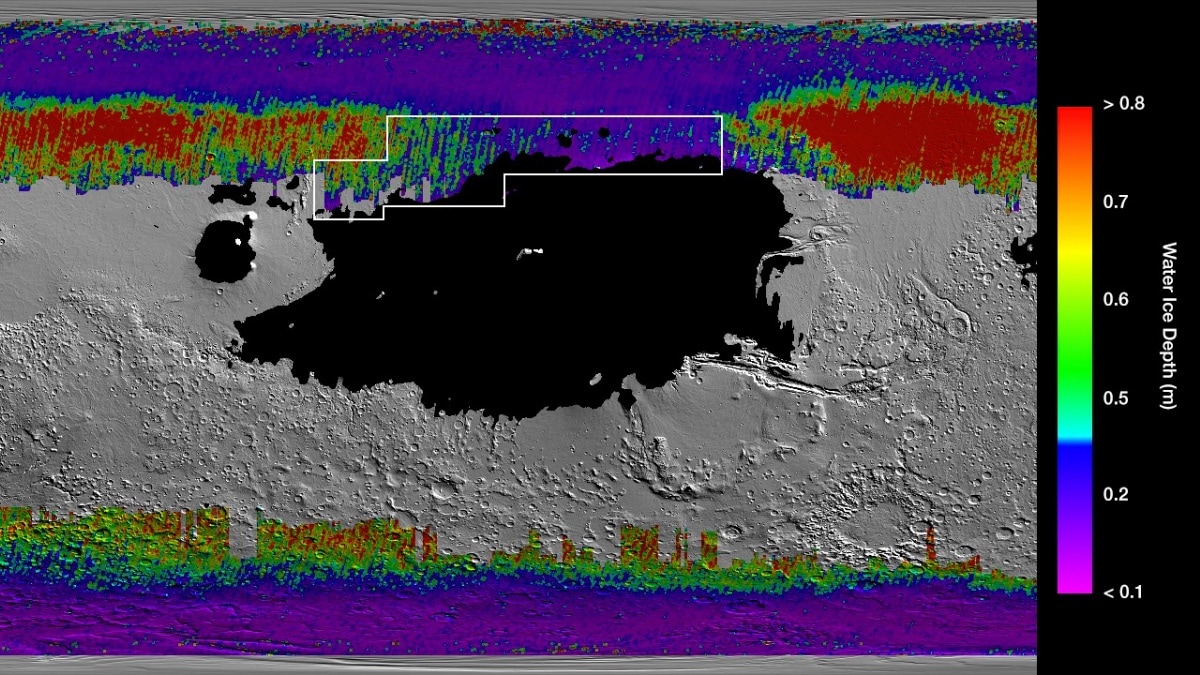 NASA is close to finding possible landing locations for its astronauts when they reach Mars in the coming decades. The agency earlier this week cited a new research paper published in American Geophysical Union journal Geophysical Research Letters that will help it in mapping the water ice locations on the red planet. At many places on Mars, water ice deposits have been found to be as little as one inch below the surface.

"You wouldn't need a backhoe to dig up this ice. You could use a shovel," said the paper's lead author, Sylvain Piqueux of NASA's Jet Propulsion Laboratory in Pasadena, California. "We're continuing to collect data on buried ice on Mars, zeroing in on the best places for astronauts to land."

The research paper indicates there is lots of water ice throughout the Martian poles and mid-latitudes. More interestingly, there are several shallow deposits of water ice that NASA wants to focus on.

Because of little air pressure in Martian atmosphere, water can't last on the surface. It evaporates from solid to gas very quickly. Hence, all of water ice deposits of the planet are hidden underground, the only place they can survive.

“Martian water ice is locked away underground throughout the planet's mid-latitudes,” NASA writes in a blog post. “These regions near the poles have been studied by NASA's Phoenix lander, which scraped up ice, and MRO, which has taken many images from space of meteor impacts that have excavated this ice. To find ice that astronauts could easily dig up, the study's authors relied on two heat-sensitive instruments: MRO's Mars Climate Sounder and the Thermal Emission Imaging System (THEMIS) camera on Mars Odyssey.”

The researchers used heat-sensitive instruments to detect the differences in the surface temperature as the underground ice impacts the temperature of surface above it.

According to the research paper, Arcadia Planitia, a region shaped by ancient lava flows on Mars, may be a good spot for landing. The region has abundance of water ice that can be harvested by the astronauts when they reach Mars, instead of taking massive amount of water from Earth for their needs.

The work, however, is not complete. The researchers want to continue to study the underground water ice on Mars to see the change in different seasons. This will further help the future Mars mission planners.