The experiment demonstrates the possibility of long-term food production on Mars for human consumption. 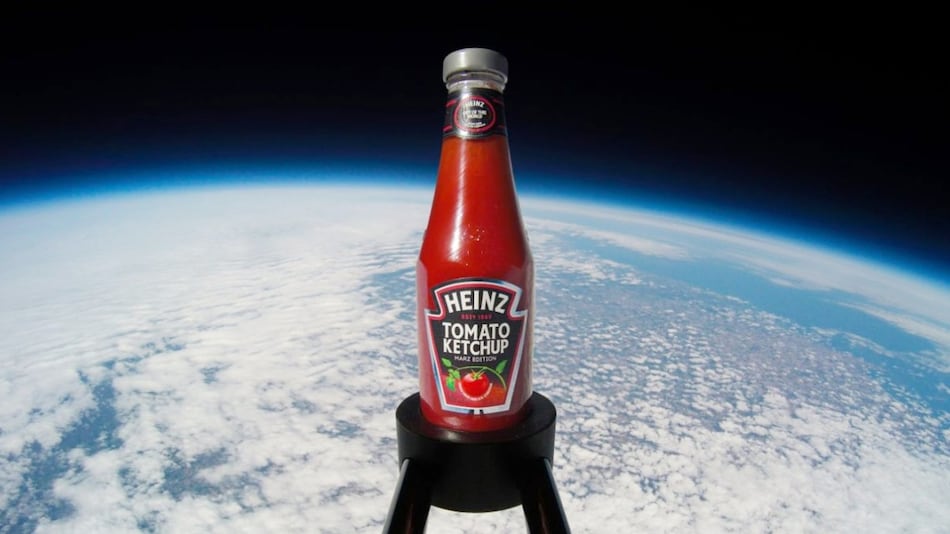 Heinz has produced a ketchup that is becoming popular for more than just its flavour. Made from tomatoes grown in Mars-like conditions, the Marz Edition ketchup reignites the memories of Matt Damon working hard to grow potatoes in his 2015 movie The Martian. A team of 14 astrobiologists worked for months to achieve a similar feat — but on Earth. They worked at the Aldrin Space Institute at the Florida Institute of Technology to grow these tomatoes in a controlled environment with soil, temperature, and water conditions similar to Mars. And the result has implications that go far beyond just flavour.

The two-year-long experiment demonstrates the possibility of long-term food production on Mars for human consumption. At present, the “Martian” ketchup is not available for purchase. Since the project is in its experimental phase, the Marz Edition ketchup will only be tasted by a select few at Heinz.

The scientists have submitted their study for peer review, as per a Florida Tech blog post.

Gary King, head of agriculture at Kraft Heinz, said this experiment can help scientists understand and tackle the issue of growing vegetables in “less ideal” soil conditions. “We started the experiment by analysing the soil from Martian conditions, and from there we were able to shortlist our vast Heinz seed catalogue to four potential options that may succeed. Two of these did, so we were able to create a larger crop to create our thriving ketchup tomatoes,” King said.

Andrew Palmer, associate professor of biological sciences at the Florida institute, led the experiment. He said the project has offered insights into long-term harvesting of food. However, he conceded that the project is challenging, it is vital to get the light, temperature, and irrigation just right in larger growing spaces.