Mars 2020 Headed to the Red Planet Next Year: NASA

Mars 2020 has 23 cameras and two microphones to capture images, video, and sound. 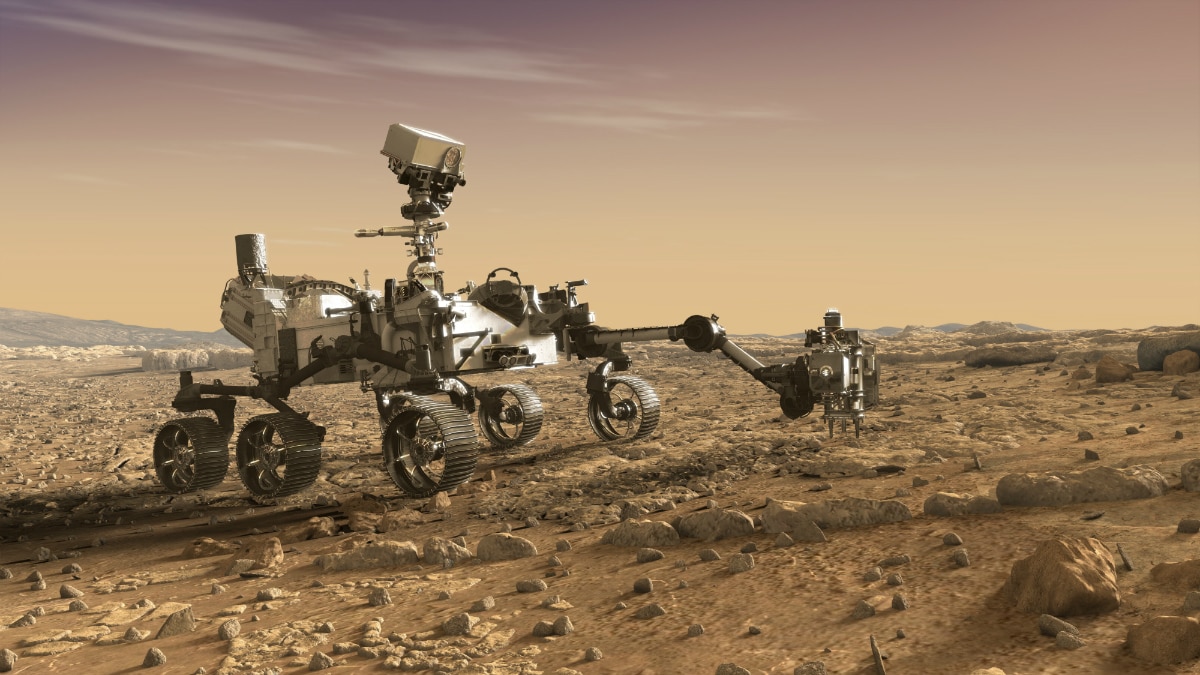 'Curiosity' won't be NASA's only active Mars rover for much longer as in next summer, 'Mars 2020' will be headed for the Red Planet. Built and managed by NASA's Jet Propulsion Laboratory in Pasadena, California, each has its own role in the ongoing exploration of Mars and the search for ancient life. The Mission behind landing 'Curiosity' in 2004 was to "follow the water," the twin rovers 'Spirit' and 'Opportunity' discovered evidence that the planet once hosted running water before becoming a frozen desert, NASA said in a press release.

'Mars 2020's' arm has the same reach as 'Curiosity's', but its turret weighing more, 99 pounds (45 kilograms) because it carries larger instruments and a larger drill for coring. The drill will cut intact rock cores, rather than pulverizing them, and they'll be placed in sample tubes via a complex storage system.

'Mars 2020' will also explore a landscape shaped by water which is the 'Jezero Crater', the site of an ancient delta. But 2020 will take the next scientific step: It will look for actual signs of past life, or biosignatures, capturing samples of rocks and soil that could be retrieved by future missions and returned to Earth for in-depth study.

Starting with the robotic arms: Curiosity extends 7 feet (2.2 meters) and wields a rotating 65-pound (30-kilogram) turret equipped with a scientific camera, chemical analyzer, and drill. The roving science lab pulverizes rock samples and pours the powder into its chassis, where two laboratories can determine the rocks' chemical and mineral makeup, said NASA.

'Mars 2020' has 23 cameras, most of them are colour cameras. The new rover also includes 'ears', that are two microphones to capture not only the first sounds of a Mars landing but also Martian wind and the rover's chemical-analyzing laser zaps. 'Mastcam-Z', an improved version of Curiosity's Mast Camera, has a zoom capability and will take high-definition video and panoramas.

While 'Mars 2020's' wheels are made from the same materials, as 'Curiosity's' they're slightly bigger and narrower, with skins that are almost a millimeter thicker. Instead of Curiosity's chevron-pattern treads, or grousers, Mars 2020 has straighter ones and twice as many per wheel (48 versus 24). Extensive testing in JPL's Mars Yard has shown these treads better withstand the pressure from sharp rocks but work just as well on sand.

"Mars rovers don't drive themselves. Teams of scientists and engineers beam meticulously programmed task lists to them at the beginning of each Mars day. Rover drivers on Earth then wait for the vehicle to report back before planning the next drive. The more a rover can do on its own, the more time drivers have to program new commands," it stated.

'Mars 2020' has even more self-driving smarts, allowing it to calculate a path five times faster than Curiosity can. That self-driving will be key to condensing the amount of time it takes for the 2020 team to plan each day's operations. The new mission intends to eventually condense daily operations to just five hours.

'Curiosity' transformed Mars landings with the seemingly radical "sky crane maneuver." Mars 2020 will rely on the same process but also features an important new technology: Terrain Relative Navigation. An onboard computer matches surface images from a camera to a map to keep the spacecraft on target. Meanwhile, the Range Trigger lets the rover get miles closer to an ideal site before firing a parachute.

'Mars 2020' will carry spacesuit samples, allowing scientists to study how they degrade. An oxygen generator will test technology for astronauts to make their own rocket fuel from the Martian atmosphere. Subsurface radar like the one on the rover could someday be used to find buried water ice, the space agency said.