In a First, Scientists Measure Oscillations in the Brightness of a Massive Neutron Star During Eruption

The study of the oscillations in the brightness of a neutron star is crucial to understanding giant magnetar eruptions. 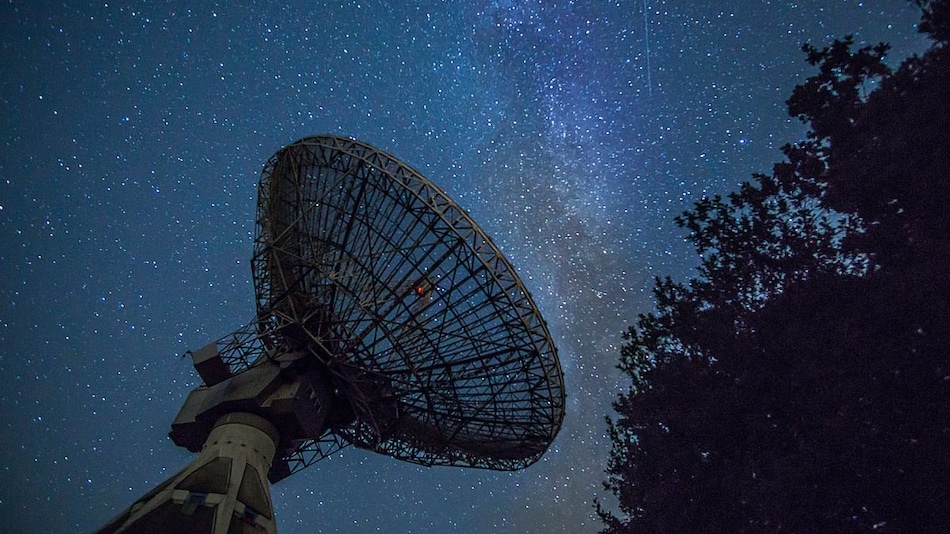 The Sun is our very own star placed at the centre of the Solar System. Despite being the closest star to Earth, scientists are still trying to understand the Sun's core which often triggers massive solar winds towards our planet. While that is an ongoing research, an international group of scientists has tried to study a neutron star, which is created when a giant star dies in a supernova and its core collapses, forming neutrons. In a first, the group says it has been able to measure the oscillations in the brightness in a magnetar — a type of neutron star believed to have an extremely powerful magnetic field — during its violent moments.

Surprisingly, the scientists found the magnetar released in just a tenth of a second, with energy equivalent to that produced by the Sun in 100,000 years. Their study of oscillations in the brightness of a neutron star is crucial to understanding giant magnetar eruptions. The scientists say their findings have put to rest questions related to whether magnetars see high-frequency oscillations.

The study has been published in the Nature journal. The work is a collaboration of 41 researchers.

“Even in an inactive state, magnetars can be one hundred thousand times more luminous than our Sun, but in the case of the flash that we have studied — the GRB2001415 — the energy that was released is equivalent to that which our Sun radiates in one hundred thousand years,” lead researcher Alberto J. Castro-Tirado, from the IAA-CSIC, a Spanish government institute, told Nanowerk.

The explosion, which lasted for a tenth of a second, was discovered on April 15, 2020, in the middle of the COVID-19 pandemic, according to the study. It added that the flare was “detected by the Atmosphere–Space Interactions Monitor instrument aboard the International Space Station.” Since then, the scientists have been analysing the data.

Among neutron stars, magnetars are objects that can contain half a million times the mass of the Earth and is the most intense magnetic field known. Only 30 of these objects are known so far.

The study adds, “These extremely high-frequency oscillations in the burst peak are a crucial component that will aid our understanding of magnetar giant flares.”