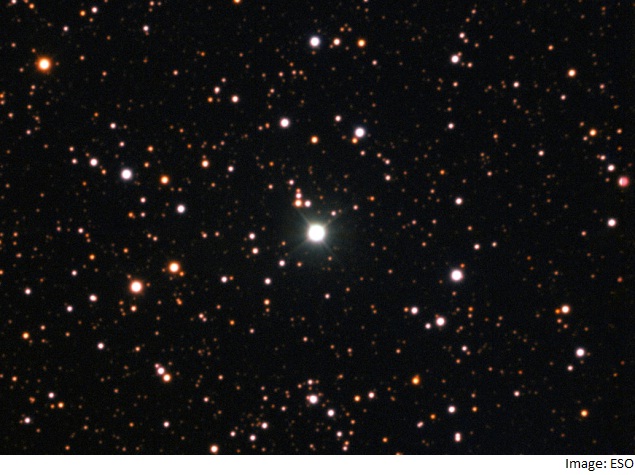 Giving fresh insights into the chemical evolution of our galaxy and the chemical elements associated with the stars in the Milky Way, lithium has been found for the first time in material ejected by a nova.

Lithium is one of the few elements that is predicted to have been created by the Big Bang nearly 14 billion years ago.

But understanding the amounts of lithium observed in stars around us today in the universe has baffled astronomers.

Older stars have less lithium than expected, and some younger ones up to ten times more.

"It is a very important step forward. If we imagine the history of the chemical evolution of the Milky Way as a big jigsaw, then lithium from novae was one of the most important and puzzling missing pieces," said co-author Massimo Della Valle from Osservatorio Astronomico di Capodimonte, Naples, Italy.

This star exploded in the southern skies close to the bright star Beta Centauri in December 2013 and was the brightest nova so far this century - easily visible to the naked eye.

The very detailed new data revealed the clear signature of lithium being expelled at 2 million kilometres per hour from the nova.

This is the first detection of the element ejected from a nova system to date.

The mass of ejected lithium in Nova Centauri 2013 is estimated to be tiny but, as there have been many billions of novae in the history of the Milky Way, this is enough to explain the observed and unexpectedly large amounts of lithium in our galaxy.