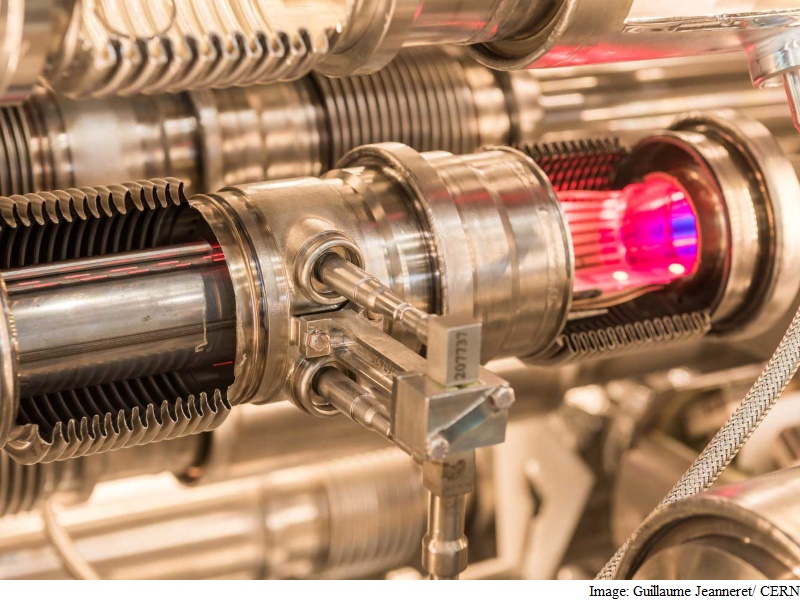 Hopes for a new particle discovery that might have up-ended the standard model of physics were dashed on Friday, as scientists admitted that a "bump" in the data was actually just a "blip."

A great deal of excitement was generated by the December 2015 announcement that a fluctuation in the data had been found independently by two groups of scientists working on the Large Hadron Collider (LHC), a massive underground atom-smasher run by the European Organization for Nuclear Research (CERN).

This bump, at an energy of 750 gigaelectronvolts (GeV), would have been six times heavier than the famous Higgs Boson particle, which gives items mass and was discovered in 2012.

But following much speculation and many leaks to social media, scientists announced at the International Conference on High Energy Physics in Chicago that indeed, there was no discovery in either of two experiments, one dubbed Atlas and the other CMS.

"The intriguing hint of a possible resonance at 750 GeV decaying into photon pairs, which caused considerable interest from the 2015 data, has not reappeared in the much larger 2016 data set and thus appears to be a statistical fluctuation," said a statement from CERN.

Scientists at the meeting - which is held every two years - tweeted their reactions to the news even before it was formally announced.

"No new particle announced at #ICHEP2016 today but that's how science works," said Fermilab, the top US particle physics laboratory.

"Basically 2 LHC experiments were both seeing the production of two photons more often than expected," tweeted Brian Colquhoun, a particle physicist from the University of Glasgow, in Scotland.

Hard to rule out
According to Themis Bowcock, head of particle physics at the University of Liverpool, in England, experts are disappointed but do not see the experiment as a failure.

"At the moment, what nature seems to be telling us is what we saw before was simply a fluctuation rather than the first signs of very new physics," said Bowcock, who leads a team that works on the Atlas experiment.

"This particle was quite interesting. The reason it got a lot of excitement was it didn't easily fit into a lot of other theories," he told AFP.

"So there was a lot of work over the last year of people coming up with new revised models of what it could be."

All that work was not in vain, he said. Nor does it mean for certain that such a particle does not exist.

"It's actually quite hard to rule it out. We have to wait for a longer time before we have evidence for this particle," said Bowcock.

"What it means for us is things are very much more as we expected it, and we have to look for new physics elsewhere."

Physicist Pauline Gagnon, who has retired from CERN, posted on her blog that "major discoveries are rare in physics."

On the other hand, blips and fluctuations like the one announced Friday "are not rare in particle physics, given the statistical nature of all the phenomena we observe."