The couple was constructing a pool in the backyard of their new Las Vegas home. 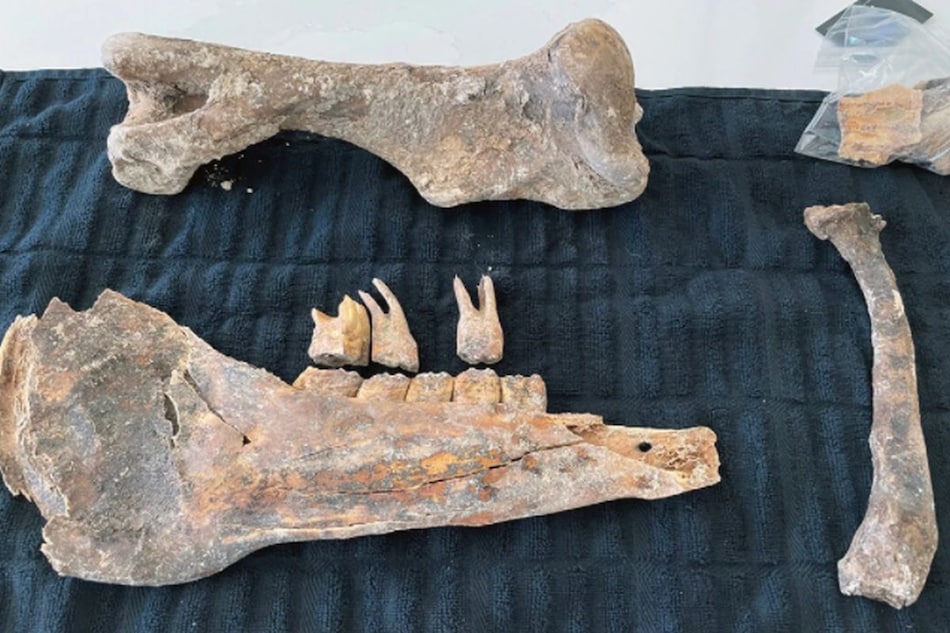 A few days ago, a couple in Las Vegas hired a team of workers to construct a pool in their backyard. Just when the team started digging, the couple — Matthew Perkins and his wife — joked among themselves that maybe they would find a dinosaur for them and it would pay for the pool. Well, something similar turned to be true. Construction of the pool had to be halted after the workers uncovered a set of large bones that besides being rare could be as old as 14,000 years. It came as a shock to the couple, who had recently moved from Washington state to their new home in Vegas.

A couple of days later, police and investigation officers showed up on their door, as per a local news report. They determined that the bones were too big to be human, and told the couple that it was of no concern to them.

Joshua Bonde, Director, Research, Nevada Science Center, visited the couple's backyard on Tuesday and said the that bones could have been those of a horse or a similar mammal.

“So, this thing is about four to five feet below the present ground surface and so the animal was probably wandering around the world in Southern Nevada, which was not nearly as populated as it is today,” Bonde said, adding, "There were probably still people in the area and was probably a little bit marshy.”

He also added that the country's laws permit property owners to keep fossils discovered on their premises.

Talking to the New York Times, Bonde said that it was common to find fossils in Nevada, “which was a wetland during the Ice Age”. Near the Perkins couple's home is the Tule Springs Fossil Beds.

According to the website of Tule Springs Fossil Beds, the region has a lot of significant palaeontological resources from the Ice Age, “including the Columbian Mammoth, extinct horses, camels, and bison, and the dire wolf”.

Now the couple had a decision to make — whether or not to keep the remains. They said they would like to first find what it is and preserve it, adding that they would see if the discovery can also contribute to science and better understanding of the planet's history.