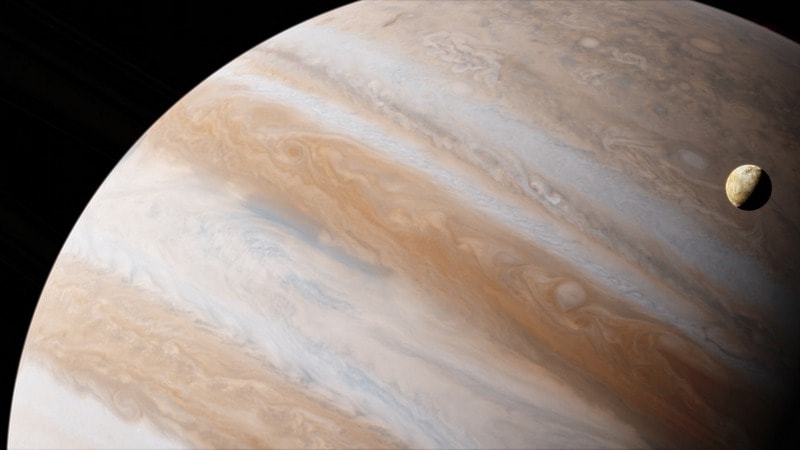 Our solar system's oldest and biggest planet, Jupiter, has many moons. And astronomers have just announced the discovery of a dozen more.

Sheppard did not set out to detect new moons. His team at Carnegie, along with collaborators at the University of Hawaii and Northern Arizona University, was hunting for objects far beyond Pluto.

"We're looking for new possible planets and dwarf planets in our solar system, just seeing what is out there," Sheppard said.

But cosmic serendipity placed the moons in front of their telescope. During their survey in March 2017, the astronomers realised that Jupiter had moved into their field of view. The Blanco four-meter telescope, at the Cerro Tololo Inter-American Observatory in Chile, is equipped with a camera able to spot very faint objects. This proved to be quite helpful, as the unknown moons around Jupiter are small and dim.

Jupiter's moons range in size from shrimpy satellites to whopping space hulks. Galileo discovered the first four of Jupiter's moons, all huge, in 1610. The largest Galilean moon, Ganymede, is bigger than the planet Mercury. Those moons orbit close to Jupiter and travel in the same direction as the planet spins.

The moons Sheppard spied are farther-flung and tiny, each no more than two miles in diameter. One moon detected by Sheppard and his colleagues is the smallest Jovian moon ever discovered. They named it Valetudo, after a daughter of Jupiter and the Roman goddess of hygiene and personal health.

Gareth Williams, an astronomer at the Harvard-Smithsonian Center for Astrophysics and director at the International Astronomical Union's Minor Planet Center, predicted that "there aren't any bigger objects undiscovered out there" around Jupiter.

But he said he expects astronomers will discover more tiny moons in the coming decades. As for the number of satellites that orbit Jupiter, Williams said he dreads "to think how many objects are in the hundred-meter range."

Size isn't a requirement to be a moon - there's no such thing as a dwarf moon. Not yet, anyway. "Right now the only definition of a moon is something that orbits the planet," Sheppard said, as long as it isn't human-made.

Astronomers group Jupiter's moons by their distance from the planet as well as their orbital direction. If a moon circles in the same direction as a planet's rotation, that moon's orbit is called prograde. If moon circles a planet in the opposite direction of a rotating planet, that orbit is retrograde. (A small subset of Jupiter's 79 moons do not have well-known orbits.)

The other nine moons, grouped in clusters of three, have retrograde orbits. Those moons were probably once part of much larger moons that splintered into smaller objects, Sheppard said. The astronomers are currently running computer simulations to determine how the ancient moons fragmented.

Valetudo is something of an oddball. It has a prograde orbit at a distance where the rest of Jupiter's moons have retrograde orbits. What's more, those orbits intersect. The stage is set, in other words, for possible moon-moon collisions.

The astronomers do not know the composition of the dozen newly identified moons. They could be rock, ice or a mixture. "The only thing that we know at the moment are the orbits and the approximate size," Williams said. "We know nothing, really, more than that."

The realm of the giant planets - between Jupiter, Saturn, Uranus and Neptune - is largely devoid of small objects. When those planets formed, their gravity vacuumed up nearby gas, rocks and other debris. This matter became part of the planets themselves.

But Sheppard suspects these moons could be holdouts, the "last remnants" of early solar system objects. "By looking at these outer moons," he said, "we can get an insight into what the objects were like that ended up forming the planets we see today."