The Blue Origin rockets, tested since 2015, are re-usable, unlike those from the early spaceflight era. 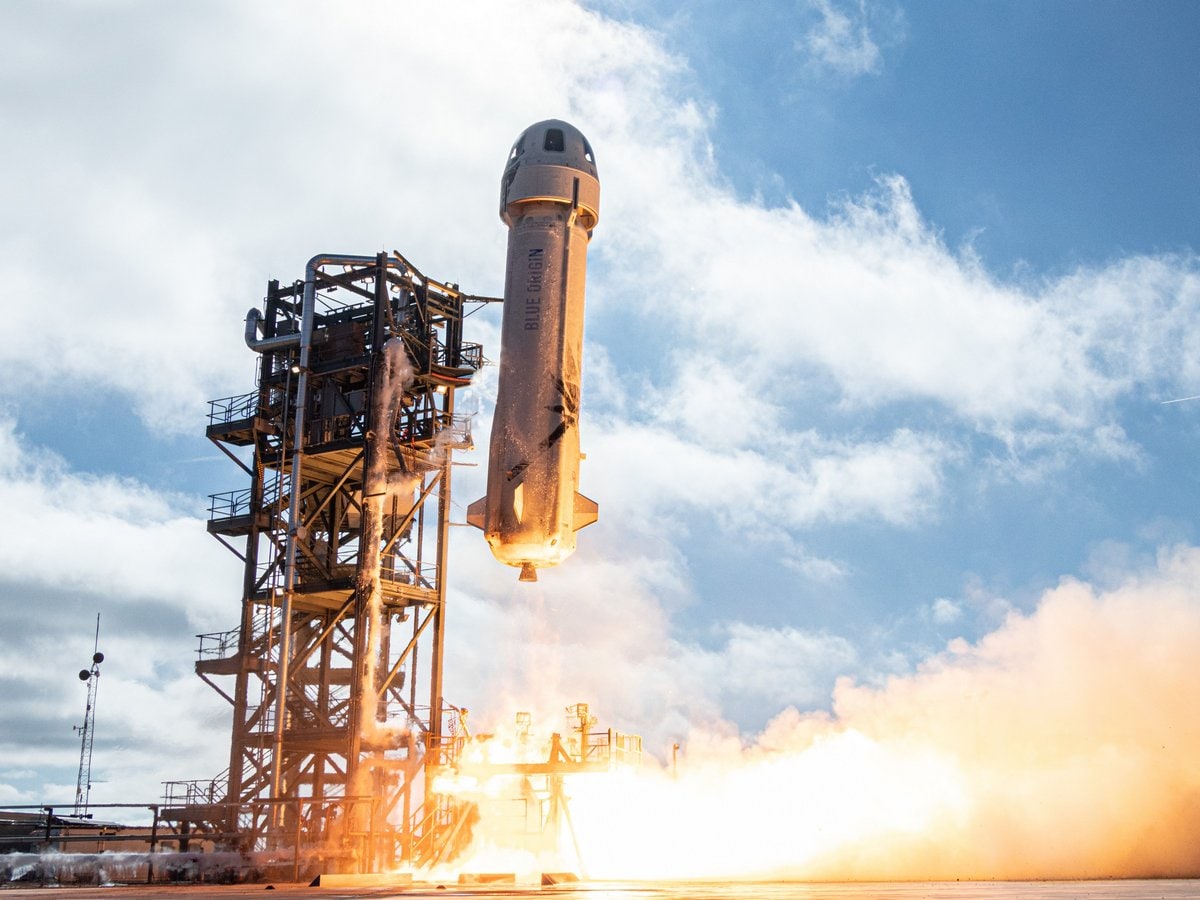 The rockets, tested since 2015, are re-usable, unlike those from the early spaceflight era

Blue Origin, the space company owned by Amazon CEO Jeff Bezos, launched the 12th crewless test of its New Shepard rocket on Wednesday, pushing the first flights with passengers to 2020. The 60-foot-long (18-meter) suborbital rocket reached an altitude of 65 miles (105 kilometers), according to preliminary information, crossing the internationally recognized boundary of space known as the Karman line.

A capsule affixed to its summit will one day carry six astronaut passengers on a trip that lasts a total of 10 minutes and at a cost of half a million dollars.

The rockets, tested since 2015, are re-usable, unlike those from the early spaceflight era. The one which flew on Wednesday had already completed five previous launches.

The booster fired its engines and made a controlled, upright landing back on Earth, while the capsule floated down to the ground minutes later aided by three parachutes, touching down in a cloud of dust.

The company had targeted late 2019 for its first flights with passengers on board, but that goal now appears all but impossible.

The other company engaged in the race for space tourism is Virgin Galactic, founded by British billionaire Richard Branson, which hopes to carry passengers to the boundary of space in a plane-shaped vessel that is dropped from a Boeing 747 jumbo jet at a high altitude.

Virgin has also said it is targeting 2020 for its first scheduled flights.

How Streaming, Diversity, #MeToo Shaped TV Decade of Change in the US
Samsung Galaxy A51, Galaxy A71 With Infinity-O Display, Quad Rear Cameras Launched: Price, Specifications