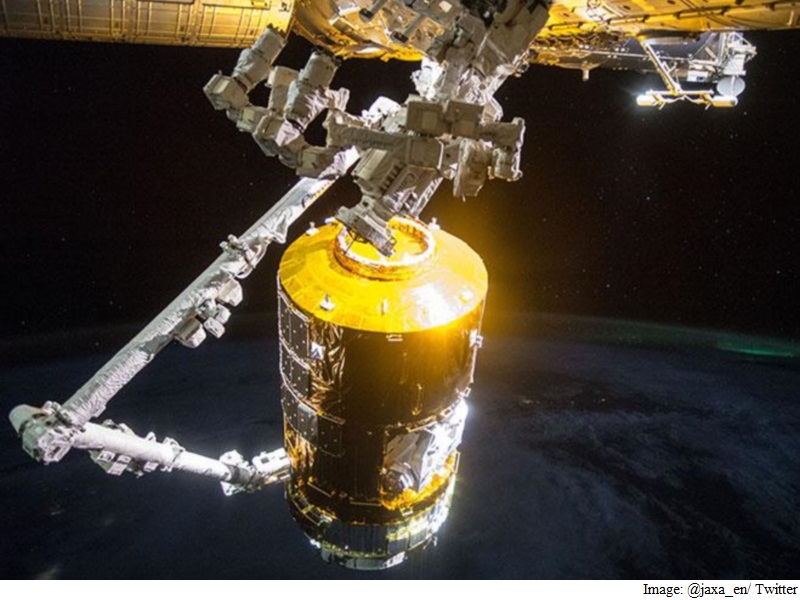 Captured by the Space Station Remote Manipulator System (SSRMS), the H-2 transfer vehicle "KOUNOTORI5" (HTV5)"was moved to the releasing point below the station and released into orbit at 1:53 a.m. on September 29," said JAXA in a release.

Launched by JAXA on August 19 and with a delivery of a total of 5.5 metric tons of cargo to the ISS, KOUNOTORI5 was unberthed by the ISS robotic arm on Monday, Xinhua news agency reported.

"KOUNOTORI5 will perform three de-orbit maneuvers and is scheduled to re-enter into the atmosphere on September 30," said JAXA.

Developed and built in Japan, the HTV5, known as "KOUNOTORI (white stork)", is an unmanned cargo transfer spacecraft that delivers supplies to the ISS.

The can-shaped vessel has a length of 9.8 meters and diameter of about 4.4 meters.

HTV delivers not only necessary daily commodities for the crew astronauts, but also experimental devices, samples, spare parts and other necessary research items to the ISS in orbit at an altitude of about 400 km and returns with spent equipment, used clothing and other waste material.

Currently, Japan, the United States and Russia operate cargo transfers to the ISS.