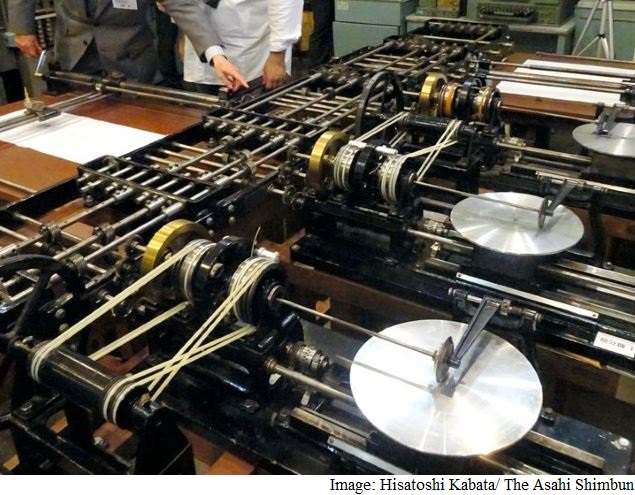 A Japanese analogue computer made in 1944 has been restored and reactivated at a university in Tokyo where it has been able to solve differential equations even after seven decades.

The outdated computer is one of the two working differential analysers that still exist in the world. The other one is at the University of Manchester in England.

Researchers at the Tokyo University of Science and several other collaborators finally got the apparatus functioning after spending a year and a half to restore it, the Asahi newspaper reported Wednesday.

The team had to clean the entire machine, which is approximately the size of a ping-pong table, and install parts that were missing.

Using gear wheels, metal rods and string-wound disks, the computer solved differential equations, and sketched the results in the form of graphs on paper.

The researchers had to use a 'koto' (a Japanese musical instrument similar to a harp) strings to make the discs turn, as they believe that it was the material originally used in its construction at Osaka Imperial University, which later sent the computer to Tokyo.

The device was operated for about 15 minutes this week, while the team told Asahi that the results varied with changing temperature and humidity.

After the tests are completed, the Tokyo University of Science will conduct public demonstrations of the equipment's functioning twice a week from next year.