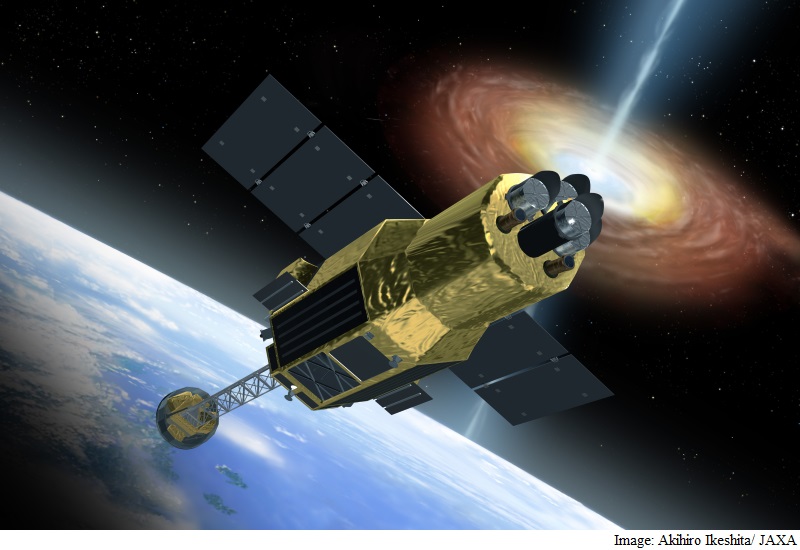 Dozens of space scientists are desperately scouring the skies after losing track of a quarter-of-a-billion-dollar Japanese satellite that was sent to study black holes.

The ultra-high-tech "Hitomi" or eye satellite was supposed to be busy communicating from orbit by now, the Japan Aerospace Exploration Agency (JAXA) said, but no one can say exactly where it is.

The device briefly made contact with ground crews but has since disappeared, with American researchers reporting that it could have broken into several pieces.

"We're taking the situation seriously," Saku Tsuneta, director of the agency's Institute of Space and Astronautical Science, told a news conference on Sunday.

JAXA has around 40 technicians on the case, trying to locate the spacecraft and establish some kind of communication with it, an agency spokesman told AFP on Monday.

"We know approximately where it is," the spokesman added, but scientists were still trying to work out its precise location.

The satellite, developed in collaboration with Nasa, the US space agency, and various other groups, was launched on February 17 and was designed to observe X-rays emanating from black holes and galaxy clusters.

Black holes have never been directly observed, but scientists believe they are huge collapsed stars whose enormous gravitational pull is so strong that nothing can escape.

The announcement last month that gravitational waves had been detected for the first time added to evidence of their existence after scientists found the waves had been caused by two enormous black holes colliding.

The lost satellite, which cost JPY 31 billion (roughly Rs. 1,823 crores), including the cost of launching it, was supposed to orbit at an altitude of about 580 kilometres (360 miles).

The Japanese rocket carrying the satellite was launched by the country's mainstay H-IIA rocket from the Tanegashima Space Center in southern Japan.

Japan has a massive space programme and the country has achieved successes in both scientific and commercial satellite launches. It has sent astronauts on space shuttle and International Space Station missions.

MIUI 7.2.8 China ROM Based on Android 6.0 Marshmallow Starts Rolling Out
Tesla's Model 3 Is Aimed at the Middle Market