ISS Window Cracks After Being Hit With 'Tiny Space Debris' 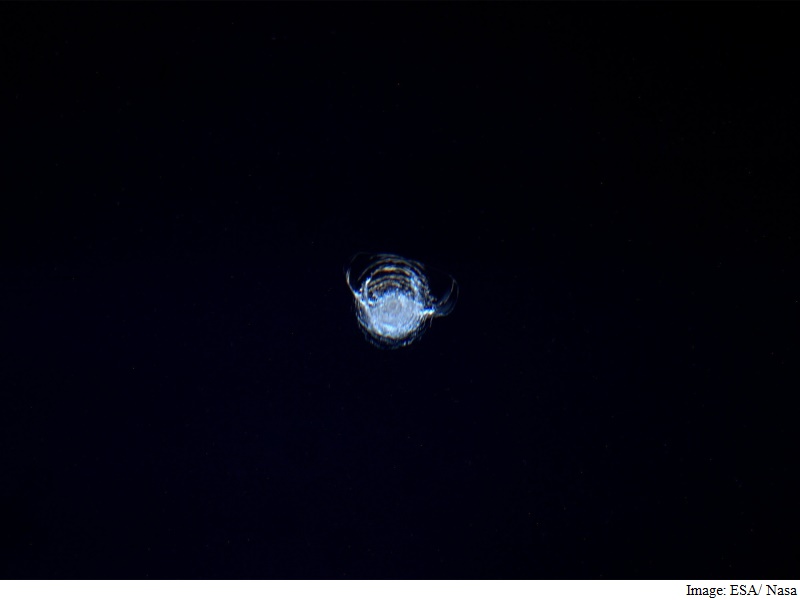 The International Space Station has suffered a problem most motorists can relate to - a tiny crack in one of its windows - although instead of a pebble from the road, this was caused by "space debris" the size of a paint fleck.

British astronaut Tim Peake, who is currently on a six-month mission to the ISS, said the chip was in one of the Cupola windows, RT online reported.

Although the window was damaged by a tiny piece of space debris, which the European Space Agency says was "possibly a paint fleck or small metal fragment no bigger than a few thousandths of a millimetre across", a 7mm crack was left.

Considering that the ISS travels at around 27,000km per hour, it's easy for debris to leave its mark, but the windows have been designed to withstand collisions.

The windows on board each have four panes of glass ranging from 1.2cm to 3.1cm thick, according to Nasa.

There is also an exterior aluminium shutter that can be used for extra protection.

Although this was classed as a "minor" crack, larger debris could "pose a serious threat" with debris up to 1cm in size capable of disabling an instrument or a critical flight system on a satellite.