ISS Astronauts May Grow Beans in Space in 2021: Study 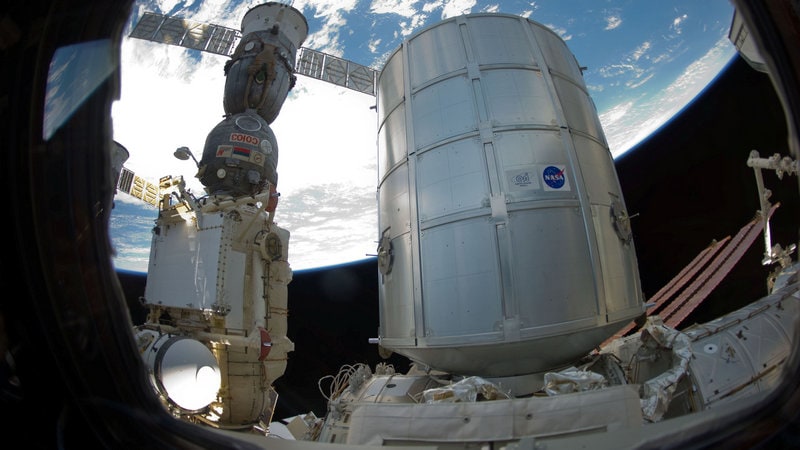 After cultivating lettuce in space three years ago, crew members aboard the International Space Station could be growing beans in 2021, new research suggests.

The beans could be planted in high-tech planters developed at the Norwegian University of Science and Technology (NTNU).

The planters can regulate all the water, nutrients, gas and air the plants need.

NTNU said it was collaborating with Italian and French researchers in their quest to cultivate plant-based food for long space journeys.

The food grown in space could be crucial to sustain the crew in future deep space missions.

The longest stays at the International Space Station have been six months, while people travelling to Mars will need to be prepared to stay in space for at least a year.

The European Space Agency plans to build a lunar base in 2030 as a stopover on the way to Mars. NASA plans to fly directly to the planet with a target landing date of 2030.

"We found that plants can, in a way, 'smell' the amount of nutrients available to them. When the nitrogen concentration is very low, the plant will absorb more water and thus more nitrogen until it reaches an optimal level," said Silje Wolff, a plant physiologist at the Centre for Interdisciplinary Research in Space (CIRiS), which is part of NTNU Social Research.

"The plant has a mechanism that turns on when the nitrogen level is adequate. Then it adjusts both nitrogen and water absorption down," Wolff added.

The researchers said that everything that can be tested on Earth has now been carried out.

The next step is to grow beans in space to observe the effect of no gravity on plants' ability to transport water and absorb nutrients. Simulating the absence of gravity cannot be done on Earth.

The beans would be placed in a centrifuge to sprout and grow in the space station. The centrifuge would be rotated to create different amounts of gravity.

"The art of getting something to grow in space can be transferred to our planet," Wolff said.

"This is how we create a setup that produces both the microgravity conditions in the space station and the 1-g (gravity) force that exists on Earth."

That will allow her to compare how the different gravitational levels affect the plants in space.

"The dream of every astronaut is to be able to eat fresh food - like strawberries, cherry tomatoes or anything that's really flavorful. Someday that will certainly be possible. We envision a greenhouse with several varieties of vegetables," Wolff said.