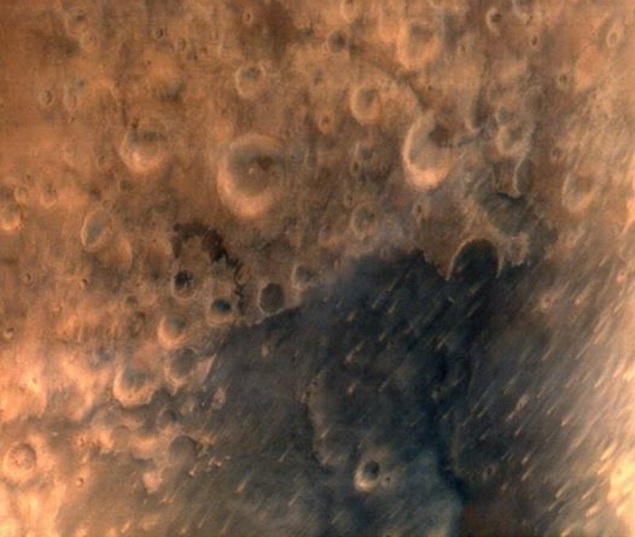 India's spacecraft has beamed back its first photos of Mars, showing its crater-marked surface, as the country glowed with pride Thursday after winning Asia's race to the Red Planet.

The Indian Space Research Organisation (Isro) uploaded one of the photos onto its Facebook page, showing an orange surface and dark holes, taken from a height of 7300 kilometres.

Isro also posted the photo on Twitter, with the caption "The view is nice up here."

The view is nice up here. pic.twitter.com/VmAjNI76lm

A senior Isro official told AFP several photos have been successfully received, while a spokesman for the government agency said the spacecraft was working well.

India became the first Asian country to reach Mars on Wednesday when its unmanned Mangalyaan spacecraft entered the orbit after a 10-month journey on a shoestring budget.

The mission, which is designed to search for evidence of life on the planet, is a huge source of national pride for India as it competes with Asian rivals for success in space.

India beat rival neighbour China, whose first attempt flopped in 2011 despite the Asian superpower pouring billions of dollars into its programme.

At just $74 million, India's mission cost is less than the estimated $100 million budget of the sci-fi blockbuster "Gravity".

It also represents just a fraction of the cost of Nasa's $671 million MAVEN spacecraft, which successfully began orbiting the fourth planet from the sun on Sunday.

India now joins an elite club of the United States, Russia and Europe who can boast of reaching Mars. More than half of all missions to the planet have ended in failure.

Indians, from government ministers to office workers and cricketers poured onto Twitter to show their national pride, while school students celebrated by eating traditional Indian sweets.