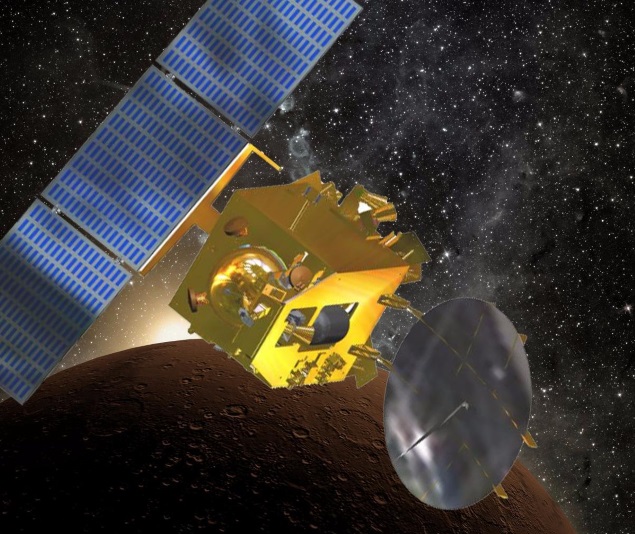 India's maiden Mars Orbiter mission was extended for another six months on Tuesday to further explore the Red Planet and its atmosphere, a senior official said here.

"As the 1,340kg Mars Orbiter has sufficient fuel (37kg) to last longer than it was intended earlier, its mission has been extended for another six months," the senior official of the Indian space agency told IANS.

The historic mission has completed six months of orbiting the Red Planet.

India created history by becoming the first country to enter Mars orbit in maiden attempt on September 24, 2014 after a nine-month voyage through the inter-planetary space from Earth.

Prime Minister Narendra Modi was present on the occasion at the Indian space agency's Mars Orbiter Mission centre in this tech hub.

India also became the first Asian country to have entered the Mars sphere of influence (gravity) in maiden attempt, as a similar mission by China failed to succeed in 2011.

The Rs. 450-crore ($70 million) ambitious Mars mission was launched on November 5, 2013 on board a polar rocket from spaceport Sriharikota off Bay of Bengal, about 80km of Chennai.

Of the five payloads (instruments) onboard, the Mars Colour Camera (MCC) has been the most active, taking several stunning images of the red planet's surface and its surroundings, including valleys, mountains, craters, clouds and dust storms.

"The camera has beamed to us several breathtaking pictures of the Martian surface and its weather patterns such as dust storms. We have uploaded many pictures on our website and our Facebook account for viewing," Karnik said.

The other four instruments have been conducting experiments to study the Martian surface, its rich mineral composition and scan its atmosphere for methane gas to know if it can support life.

MSM measures the natural gas in the Martian atmosphere with PPB (particles per billion) accuracy and map its sources.

LAP is studying the atmospheric process of Mars and measure the deuterium (isotope) and hydrogen ratio and neutral particles in its upper atmosphere.

"As methane is an indicator of past life on Mars, the sensor is looking for its presence in the Martian orbit. If available, we will know its source in terms of biology and geology. The thermal infrared sensor will find out if the gas is from geological origin," Karnik pointed out.

Scientists at the mission control centre here are monitoring the orbital movement of the spacecraft around Mars and checking health of its instruments round the clock.

"Health and other parameters of the spacecraft are fine and all the essential functions continue to perform normal," Karnik asserted.

Orbiter takes 3.2 Earth days or 72 hours, 51 minutes and 51 seconds to go round Mars once while orbiting at a distance of 500km nearest and over 80,000km farthest from its red surface.

Success of the Mars mission has made India join the elite club of the US, Europe and Russia, which reached the red planet after initial failures.

Besides Orbiter and Nasa's Maven, two other Nasa orbiters, Europe's Mars Express orbiter and two Nasa rovers have been exploring the Red Planet.

Maven, which reached the Martian orbit on September 22, 2014, is an acronym for Mars atmosphere and volatile evolution. It has been designed to study the red planet's thin atmosphere in attempt to learn what happened to Mars' water.

As the fourth planet away from sun, Mars is the second smallest celestial body in the solar system. Named after Roman god of war, it is also known as red planet due to the presence of iron oxide in abundance, giving it a reddish appearance.
Comments