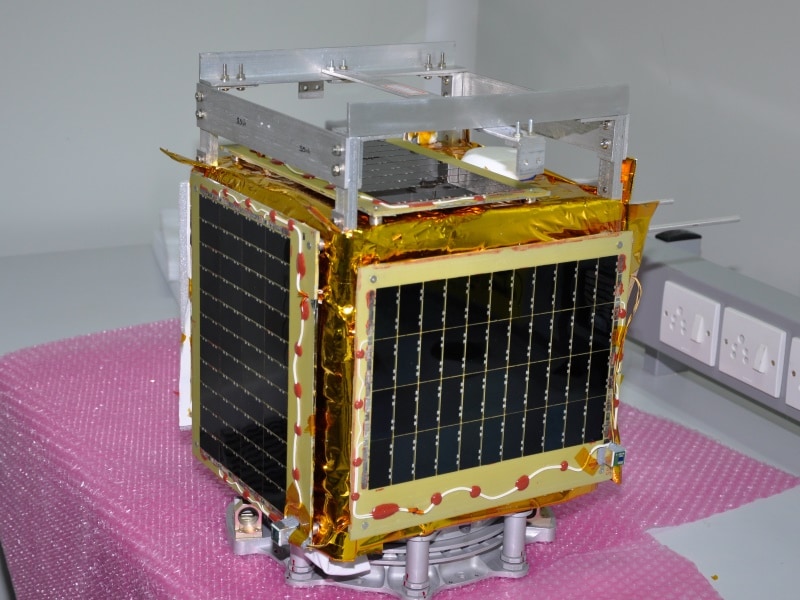 Indian space agency Isro will shoot off the "Pratham" satellite designed and built by students of the IIT-Bombay among the eight satellites including its weather satellite on Monday, an official said in Mumbai.

Conceptualised in 2008 with the aim of making IIT-B a centre for space science and technology research, the satellite weighs just 10kg, is designed to fit within a cube of 30cm, and has a life span of around four months.

"The objective of Pratham is to empower the students involved with the skill set required to develop a statellite through various stages of design, analysis, fabrication and testing," said the official.

The project will also kickstart a collaboration between IIT-B and other Indian universities keen to contribute in the space sector and to share knowledge and facilties.

This has led to completion of ground-stations for tracking the satellite in several college, including the Atharva College of Engineering here.

The IIT-B has collaborated with some international universities like UCL, London and IPGP, Paris for the project.

Pratham will transmit data when it passes over India and any university with a small ground station can detect its signals and measure the total electron counts (TEC) above the ground station as part of the education process to spread awareness among the students.

The student-designed satellite's mission is four-fold: acquiring knowledge in the field of satellite and space technology, to fully design it by the students of IIT-B, launch it and measure TEC of uonosphere above India and Paris, and involve students from other universities in the satellite project, said the official.

It has three monopoles, GPS, magnetometer, sun sensors, magnetorquers and is powered by Li-ion battery and four solar panels.

It will be positioned in a sun-synchronous orbit around 670 km away and will pass over India around 11.30am.

For the project, entirely funded by the IIT-B, the Isro has provided lot of technical help in terms of testing and guidance and the integration of the flight model of Pratham for which tests have been carried out in ISAC, Bangalore and SHAR, Sriharikota.

Each year in September, a rigorous selection test was conducted for all IIT-B students from which they were inducted into the Pratham team and formalized after ascertaining their satisfactory work.

The current strength of the team which has completed the project after more than eight years is around 30, the official said.