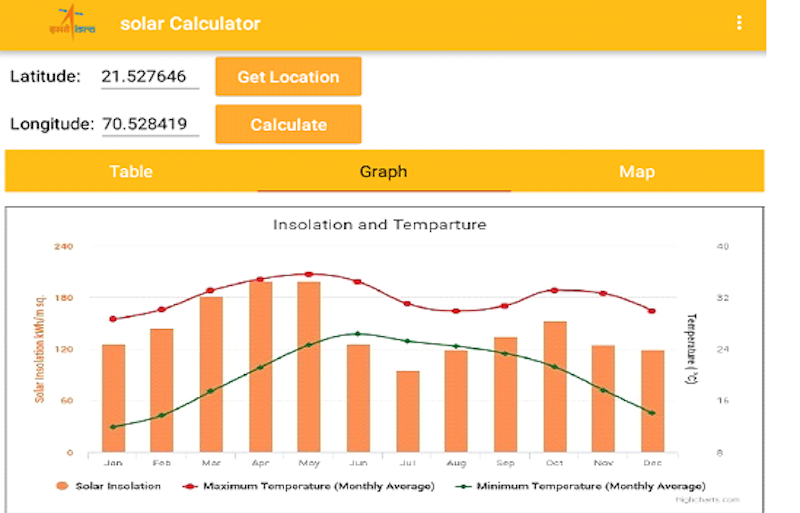 Indian Space Research Organisation's Ahmedabad-based Space Applications Centre (SAC) has developed an Android app, named Solar Calculator, for computing the solar energy potential of any location. Developed at the behest of the Union Ministry of New and Renewable Energy, the ISRO Solar Calculator app is considered to be a "very useful" tool for installation of photovoltaic (PV) solar panels that is used for tapping solar energy, it said.

ISRO's Solar Calculator app provides monthly and yearly solar potential in kWh/m2 and the minimum and the maximum temperatures at any location. The Solar Calculator app also displays the location of a place on the satellite image as well as the day's length there during different periods in a year, and offers minimum and maximum temperature to calculate realistic solar potential.

Solar Calculator app can calculate the obstruction of sunlight due to terrain using Digital Elevation Model (DEM), and can also suggest optimum tilt angle for the solar PV installation. The data provided by the new ISRO app can be saved in PDF format.