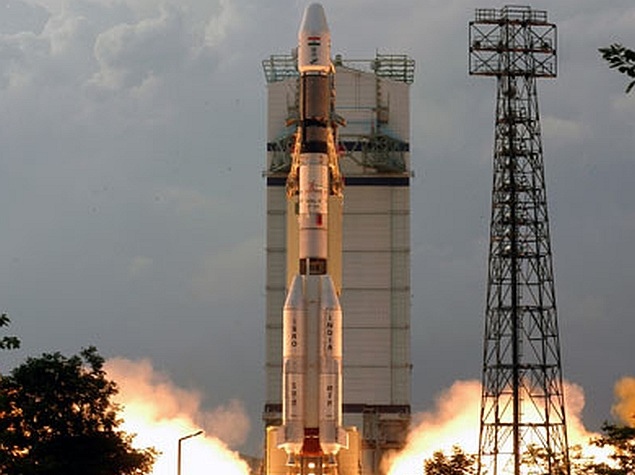 A telemetry glitch has forced the Indian space agency to defer the launch of the fourth regional navigation satellite scheduled for March 9 onboard a lower-orbital rocket from its spaceport in Andhra Pradesh.

"Launch of the fourth Indian Regional Navigation Satellite System (IRNSS-1D) onboard the Polar Satellite Launch Vehicle (PSLV-C27) scheduled for March 9 has been postponed due to an anomaly in one of its telemetry transmitters," the state-run Indian Space ResearchOrganisation (Isro) said in a statement on Wednesday.

The glitch was noticed during the integrated electrical checks of the rocket with the satellite after its heat shield was closed on Tuesday at the Satish Dhawan space centre in Sriharikota, about 90km northeast of Chennai.

A new date for the satellite's launch will be finalised after rectifying the glitch through tests, simulation and analysis.

India has so far launched three regional navigational satellites as part of a constellation of seven satellites to provide accurate position information service to users across the country and the region, extending up to an area of 1,500 km.

The first navigation satellites (IRNSS-1A) was launched in July 2013. The second and third - IRNSS-1B and IRNSS-1C - were launched in April and October 2014, respectively.

The Indian navigation satellite system will be similar to the Global Positioning System (GPS) of the US, Glonass of Russia, Galileo of Europe, Beidou of China and Quasi Zenith satellite system of Japan.

"The navigation system will be used for terrestrial, aerial and marine navigation, disaster management, vehicle tracking and fleet management, integration with mobile phones, mapping and geodetic data capture, visual and voice navigation for drivers and others.
Comments