No fresh date has been fixed for the launch of GISAT-1, the sources said. 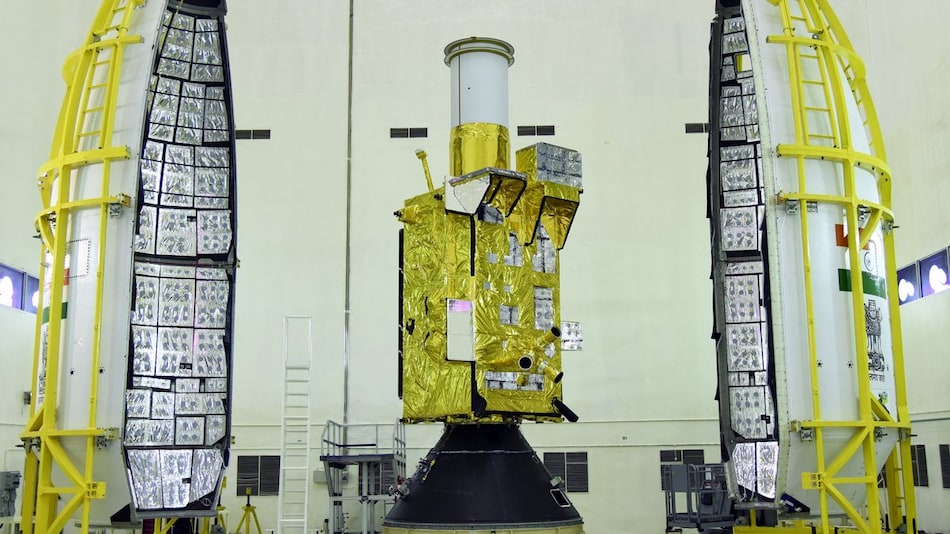 GISAT-1 weighs around 2,275 kg and has a lifespan of seven years

The launch of GISAT-1 satellite has been pushed further due to lockdown imposed to prevent the spread of coronavirus, sources said on Tuesday.

The launch of GISAT-1 onboard GSLV-F10 was planned for March 5 but it was postponed due to technical reasons. In a statement, the Indian Research Revised launch date will be informed in due course.

Sources, however, added that the next launch was scheduled to be held in April.

"But now we cannot launch GISAT-1 due to lockdown. An exercise like launching a satellite requires nearly 1,000 people to do deal with its various aspects," a source said.

No fresh date has been fixed for the launch of GISAT-1, the sources said.

GISAT-1, the earth observing satellite roughly weighs around 2,275 kg and has a lifespan of seven years.
The satellite will also have a multi and hyper-spectral imagery along with the 700 mm Ritchey-Chretien telescope for earth observation and data collection, plus a high-resolution camera.

It will help in near real-time observation of the Indian subcontinent under cloud-free condition at frequent intervals. It will also help in quick monitoring of natural disasters and keep a constant watch on borders.