Isro Hopes Its 'Big' Offering Will Benefit the Masses 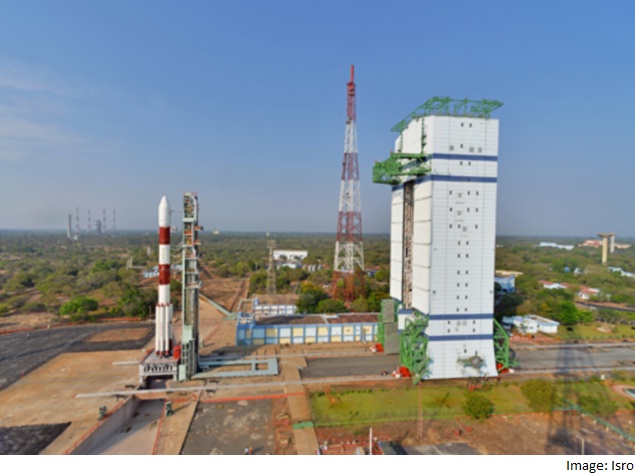 Indian space agency officials are hoping their Big offering would soon benefit the masses and gain popularity in the market.

On July 13, India launched its satellite-based air navigation services and in the process joined a select group of nations comprising the US, European Union (EU) and Japan having a similar system.

Gagan is meant to provide accurate navigation services over the Bay of Bengal, Southeast Asia, the Indian Ocean, Middle East and African regions.

The system works by augmenting and relaying data from GPS satellites with the help of two augmentation satellites and 15 earth-based reference stations.

The process corrects any anomalies in the position data and gives accurate routes, landing guidance and time saving information to the pilots.

According to Ganeshan, the objective of Gagan is to establish, deploy and certify satellite-based augmentation system for safety-of-life civil aviation applications in India and this has been completed successfully.

The system is inter-operable with other international satellite-based augmentation system (SBAS) systems like US-WAAS, European EGNOS, and Japanese MSAS, he added.

Apart from the airlines, Isro is in talks with the Indian Railways on the possibility of using Gagan for safety at unmanned railway crossings.

Ganeshan said necessary receivers can be installed on the train engines. As and when the train engine approaches an unmanned level crossing, its hooter is automatically activated to warn the people.

According to Ganeshan, Gagan system should be compulsorily installed in all emergency service vehicles and systems as was done in the West.

He said though Gagan was primarily meant for aviation, it has its usage beyond that sector.

Isro will also hold an end-user summit where it will display the system to other industries in September.

The system is now operational. The payloads in GSAT-8 and GSAT-10 satellites are providing the signals and the third satellite with Gagan payload will be on GSAT-15 to be launched later this year, Ganeshan said.

Simply put, the IRNSS is the Indian equivalent of global positioning system (GPS) of the US.

However, the coverage of IRNSS is India and 1,500 km around the Indian landmass.

The IRNSS will provide two types of services - standard positioning service and restricted service. The former is provided to all users and the latter is an encrypted service for authorised users.

India has launched four IRNSS satellites till date, and the Indian space agency has demonstrated the proof of its concept.

The full navigation system consists of a constellation of seven satellites. The remaining three are expected to be launched by Isro soon.

According to Ganeshan, the full navigation services are expected to be offered mid-2016 onwards.

On the other hand, Bhuvan is a web-based geographic information system (GIS), offering 2D and 3D imagery of Indian locations.

The pictures can be sent to the National Mission for Clean Ganga server for necessary action.