ISRO History at a Glimpse: From Carrying Rocket Parts on Bicycle to Aiming for Mars Within 6 Decades 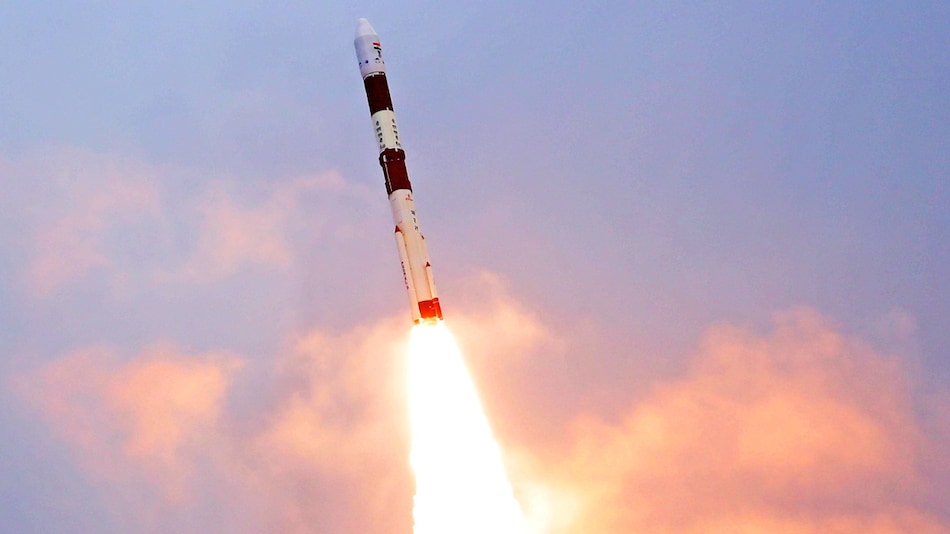 From carrying parts of the first rocket on a bicycle to finding water on the Moon, the Indian Space Research Organisation (ISRO) has come a long way since its inception and has been pioneering space missions with untiring zeal. Following its incredible success over the years, it is worthwhile to also celebrate its journey, its challenges, and its determination to overcome them. A Twitter thread has now beautifully captured the highlights of ISRO and India's six-decade flight to triumph.

Posted by Bengaluru-based entrepreneur Palak Zatakia, the thread — comprising 35 tweets — lays out the “story of ISRO.” Zatakia says ISRO's biggest achievement is that it inspired generations to “dream bigger and aim higher.”

END/ However, one of ISRO's biggest achievements is inspiring generations to dream bigger & aim higher.

Shoutout to @VishwakantB for helping me with the research. Refs/further reads: https://t.co/TDzSWYVkfq
PS: Reposted with updates.

According to Zatakia, India's space research began in the 1920s with Professor S K Mitra, who along with his team conducted a number of experiments to understand radio waves and the ionosphere until the 1940s. This triggered an interest in space research and researchers began coordinating. In 1945, Dr Homi J Bhabha established the Tata Institute of Fundamental Research (TIFR). Two years later, Dr Vikram Sarabhai set up a Physical Research Laboratory in Ahmedabad. And in 1954, the Department of Atomic Energy (DoAE) was founded to lead the funding for atomic and space research in India.

5/ By the 1950s, TIFR had gained prestige in elementary particle physics and cosmic ray physics. And in 1954, the Department of Atomic Energy was established and was responsible for funding atomic and space research in India.

But in 1957, when the then Soviet Union launched the world's first satellite, named Sputnik, Indian scientists realised the need to pace up and then Prime Minister Jawaharlal Nehru asked DoAE to take over the responsibilities of space research. Meanwhile, Dr Sarabhai had begun setting up the Indian National Committee for Space Research.

6/ When Russia launched the world's first-ever satellite, Sputnik, in 1957, everyone realized the potential and importance of satellites and space research.

The middle years and the first launch

In 1962, INCOSPAR was born with help from Dr Bhabha. The new organisation took over the space research responsibilities from DoAE. Dr APJ Abdul Kalam, who later became the President of India, was one of the first members of INCOSPAR.

INCOSPAR then began preparing to launch India's first rocket from Thumba, a rural pocket in Kerala. But Thumba had neither the launchpad nor research facilities to make the launch possible. So scientists converted a church into their workshop and the Bishop's house into their office. There were other logistics challenges: the new base did not have canteens. Scientists had to cycle to Thiruvananthapuram railway station every day for breakfast and dinner. And some rocket parts had to be transported to the launchpad on bicycles.

15/ Back then, to make India's first rocket launch possible, some rocket parts had to be transported to the launchpad on bicycles. pic.twitter.com/ro2PpjxP9x

On November 21, 1963, India successfully launched its first-ever rocket. And six years later, on India's 22nd Independence Day, ISRO was formed out of INCOSPAR. In 1972, ISRO became a part of the newly formed Department of Space. Then in 1980, ISRO successfully deployed Rohini RS-1 using a Satellite Launch Vehicle (SLV-3). Dr Kalam was the project director of SLV-3.

A year later, ISRO wanted to launch an experimental communication satellite – named APPLE. But the satellite antenna had to be tested under a thermal blanket and ISRO did not have the facility to do that at the time. APPLE was then put on a bullock cart to provide a non-magnetic atmosphere and test the antennas in a field.

15/ Back then, to make India's first rocket launch possible, some rocket parts had to be transported to the launchpad on bicycles. pic.twitter.com/ro2PpjxP9x

It is this incident that became the defining image of the early years of ISRO and the challenges it faced. APPLE was successfully launched on June 19, 1981, from Kourou, French Guiana.

In 1994, ISRO successfully launched its first Polar Satellite Launch Vehicle (PSLV) mission. The PSLV later became the choice for Chandrayaan-1 and Mangalyaan missions. Zatakia gave an interesting snippet that happened in 2004. ISRO's team met then-President Dr Kalam to discuss India's first lunar mission aimed at orbiting the Moon. But Dr Kalam suggested, “Why not land on the Moon instead of just orbiting it?”

Four years later, Chandrayaan-1 was launched to land on the Moon. In November 2008, Chandrayaan-1 discovered water on the Moon, giving a huge boost to ISRO and India's position in space research. India also became the fourth country to place its flag insignia on the Moon. “A historic year for India and ISRO!” said Zatakia.

26/ At one point of time in 2004, ISRO's team had met India's then-President Dr. ABJ Abdul Kalam to discuss India's first lunar mission aimed at orbiting the moon from a distance. During the meeting, Dr. Kalam suggested, "Why not land on the Moon instead of just orbiting it?"

In 2013, ISRO successfully launched the Mangalyaan Mission (MOM). On September 24 the next year, when Mangalyaan entered the orbit of Mars, India became the first country in the world to do so in the very first attempt. In 2017, ISRO broke records by launching 104 satellites on a single rocket.

ISRO has announced it is aiming to launch India's third lunar mission — Chandrayaan-3 — sometime in 2021. Its plans include manned mission ‘Gaganyaan' by 2022, a follow-up of the Mangalyaan by 2024, and build a space station as a follow-up of the Gaganyaan mission.

Every project or new launch by the organisation never fails to attract public interest, while the spectacular successes inspire generations. Truly a fascinating journey, isn't it?

Amazon Accused of Unfair Pricing Strategies in New US Suit