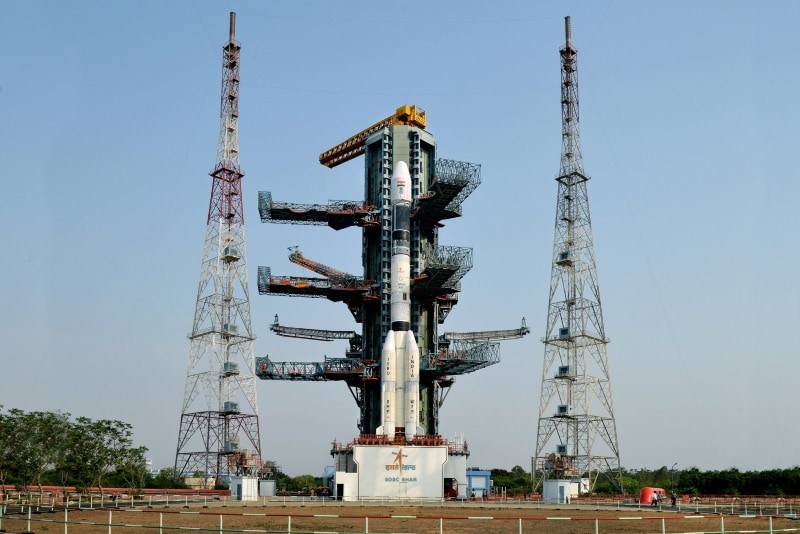 The 28-hour countdown has begun for Friday's launch of India's GSAT-9, the South Asia Communication Satellite that will boost connectivity among nations in the region.

The Geostationary Communication Satellite, built by the Indian Space Research Organisation (ISRO), will blast off from the Satish Dhawan Space Centre at Sriharikota, about 135km from Chennai.

GSAT-9, considered as a 'gift' to its South Asian neighbours, is all set to ride piggyback on the space agency's rocket GSLV-F09 with indigenous Cryogenic Upper Stage.

ISRO Chairman A S Kiran Kumar said, "We have the launch tomorrow at 4.57pm IST in the evening... All activities are going on smoothly."

The GSLV-F09 carrying GSAT-9 will blast off from the second launch pad at the the Satish Dhawan Space Centre in Sriharikota.

Seven of the eight SAARC countries - India, Sri Lanka, Bhutan, Afghanistan, Bangladesh, Nepal and Maldives, are a part of the project. Pakistan had decided to opt out, stating "it has its own space programme."

The satellite, costing around Rs. 235 crores, is meant for providing communication and disaster support, connectivity among the countries of South Asia region. Its mission life will span 12 years.

After coming to power in May 2014, Prime Minister Narendra Modi had asked ISRO scientists to develop a SAARC satellite that can be dedicated to neighbouring countries as a "gift from India."

On his 'Mann ki baat' programme on Sunday last, PM Modi had announced that the South Asia Satellite would be India's "priceless gift" to its neighbouring countries.

"On May 5, India will launch the South Asia Satellite. The benefits of this satellite will go a long way in meeting the developmental needs of the countries participating in this project," PM Modi had said.

On future launches, Kumar said, ISRO would launch the GSLV MK III variant which would be followed by Polar Satellite Launch Vehicle (PSLV) in the coming months.

Further, ISRO would launch Chandrayaan-II in the beginning of next year, he added.

The previous launch of communication satellite GSAT-8 was on May 21, 2011 from Kourou, French Guiana.

Prey for PS4, Windows PC, and Xbox One Out Now: What You Need to Know
Government Unveils Phased Manufacturing Programme for Mobile Handsets