Chandrayaan-2: ISRO Asks Twitter What They Would Take to the Moon - Indian Flag Wins Out

ISRO's Chandrayaan-2 moon mission will be launched at 2:51am on Monday morning, and land on the lunar surface in September. 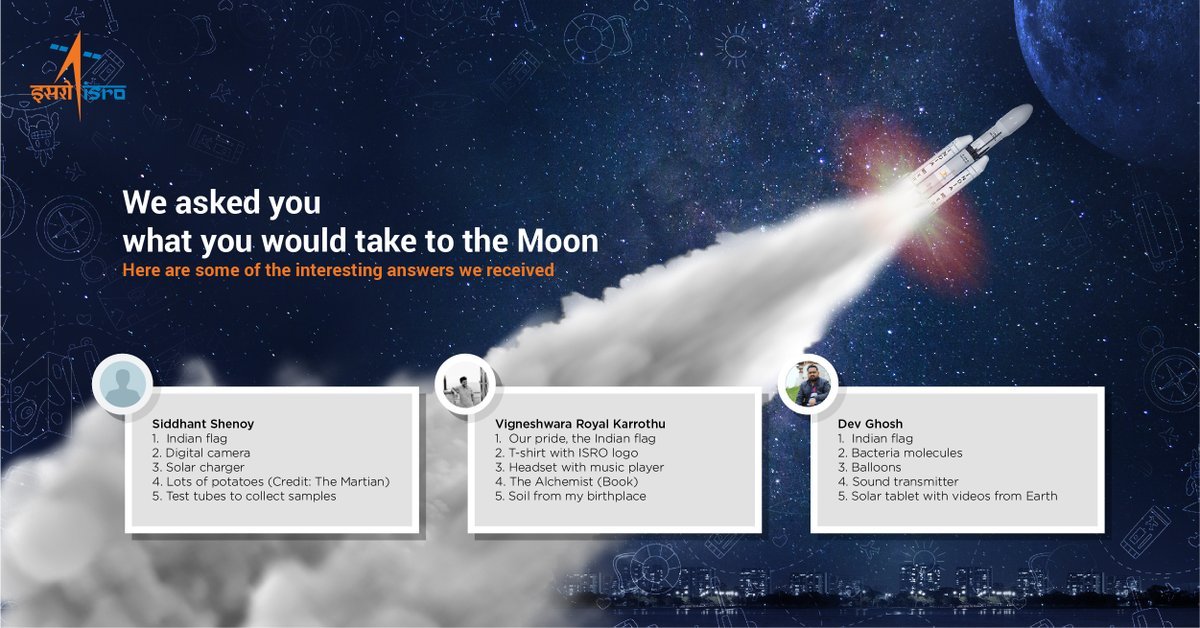 As India's heavy lift rocket nicknamed 'Baahubali' and its passenger Chandrayaan-2 gear up for their historic flight to the Moon on July 15, Twitter users shared what they would like to take to the lunar surface, with most of them mentioning the national flag.

However, Twitter users also shared many interesting ideas. Gautam Singh, for example, talked about taking a geographical map of India.

"So if an Intelligent ET will find it They can find where do we belong, A Flag will be useless for them," tweeted Singh.

Some users even suggested that Indian soil should be transported to the Moon, while others pointed out to the planetary protection norms aimed to preserve our ability to study other worlds as they exist in their natural states.

Planetary protection refers to the practice of protecting solar system bodies from contamination by Earth life.

"We can sanitise everything before taking it there. Just like it is done today and was done for the flags," said one user.

"Yep. Very much. Indian soil in the moon. Such a nice headline," the user added.

The question "what you would take to the Moon" was originally posed by the Indian Space Research Organisation (ISRO).

ISRO said that it received interesting answers from people around the country, while sharing some of the the wish lists.

Chandrayaan-2 will attempt to soft land the lander, Vikram, and rover, Pragyan, in a high plain between two craters, Manzinus C and Simpelius N, at a latitude of about 70 degree south.

The Indian spacecraft and rover would land near the lunar south pole by September 6 or 7.

The ambitious mission will make India the fourth nation after the then Soviet Union (Russia), the US, and China to land and ride on the moon to conduct various experiments on its orbit, surface, atmosphere and beneath.