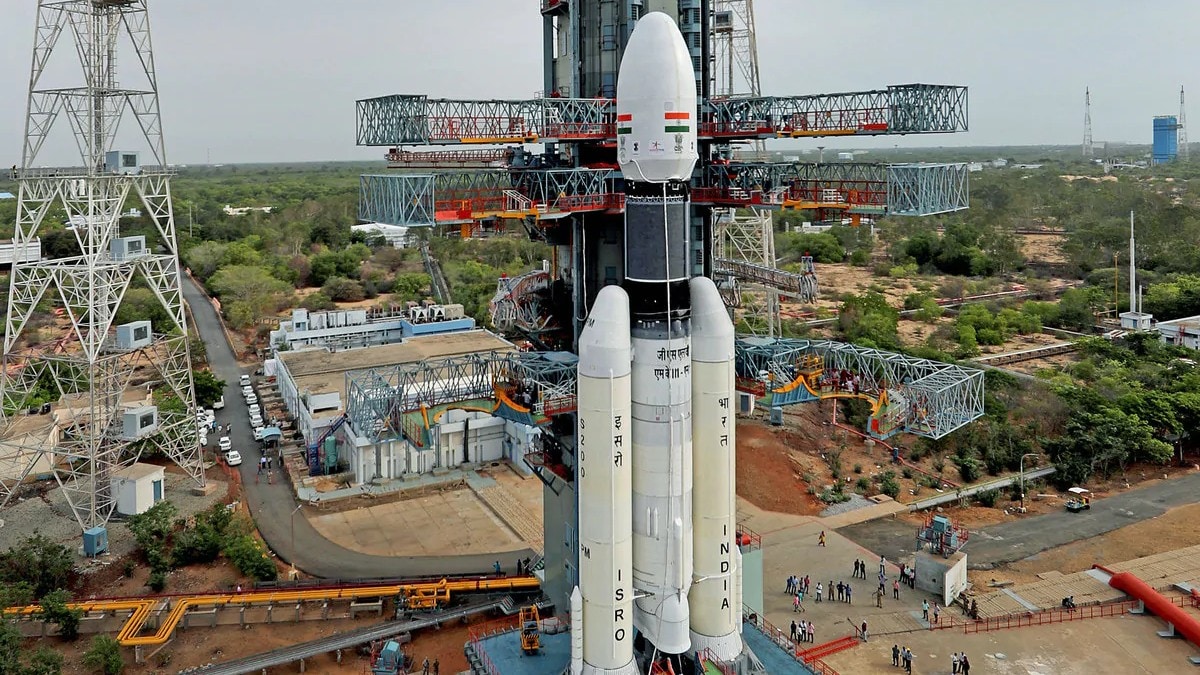 Chandrayaan-2, India's second lunar exploration mission, is ready for its prime time and is less than two days away from its launch. The Chandrayaan-2 mission will explore the Moon's South Polar Region. The Indian Space Research Organisation (ISRO) mission is being viewed as a demonstration of deep space exploration technologies and to stimulate the advancement of more innovative solutions. An in-house mission, Chandrayaan-2 marks India's return to lunar exploration after Chandrayaan-1 mission. Read on to know some interesting bits about the Chandrayaan-2 mission such as launch date and time, registration, how to watch the launch, important facts and the history behind ISRO's landmark project.

Chandrayaan-2 launch aboard the Geosynchronous Satellite Launch Vehicle Mark-III (GSLV Mk-III) will be at 2:51am IST on July 15m, from the Satish Dhawan Space Centre (SDSC) spaceport in Sriharikota, Andhra Pradesh.

Chandrayaan 2 registrations, how to watch

Soon after ISRO announced that registrations for witnessing the Chandrayaan-2 launch live from the viewing gallery in Sriharikota, the website accepting the registrations went down. As of now, the registrations for watching the launch of Chandrayaan-2 in person have been closed. However, you can tune in to your TV or an Internet-connected device to watch the live stream. ISRO will livestream the Chandrayaan-2 launch on its official Twitter handle and the agency's Facebook page. You can also watch the live stream on Doordarshan channel and its official Doordarshan National YouTube page.

Pragyaan rover is a six-wheeled vehicle that can travel a distance of 0.5km on solar energy
Photo Credit: ISRO

The ISRO Chandrayaan-2 mission was approved in 2008 and tests for the landing mission began in 2016. In March this year, ISRO announced Chandrayaan-2 modules were being readied for the specified July launch timeline. The Chandrayaan-2 mission, which is also expected to carry a passive experiment from American space agency NASA, has been developed at a fraction of the cost at which other space agencies have developed their respective space missions.

As for the area of experimentation, the payloads will be used to conduct the study of topography, mineral identification and distribution, thermo-physical characteristics of the soil, surface chemical composition, and composition of moon's atmosphere. More details about the payloads and their purpose can be seen here.

The GSLV Mk-III is ISRO's most powerful launch vehicle ever
Photo Credit: ISRO

The Vikram lander is expected to perform the soft landing on moon's surface at some point on September 6. As for the project life of mission components, the orbiter is expected to be functional for around a year. The mission of Vikram lander and Pragyaan rover is touted to be one lunar day, which translates to 14 days on Earth.

The GSLV Mk-III is India's most powerful launcher to date and is capable of carrying 4-ton class of satellites to the Geosynchronous Transfer Orbit (GTO). Components of the three-stage launcher include S200 solid rocket boosters, L110 liquid stage, and the C25 upper stage.

The orbiter weighs 2,379 kg and has an electric power generation capability of 1,000 W. It will be placed in a 100x100 km lunar polar orbit. The Vikram lander weighs 1,471 kg and possesses an electric power generation capability of 650W. The 6-wheeled Pragyaan rover weighs 27kg and can generate 50W of electrical power. It can travel up to 500 m and relies on solar energy for its functioning.