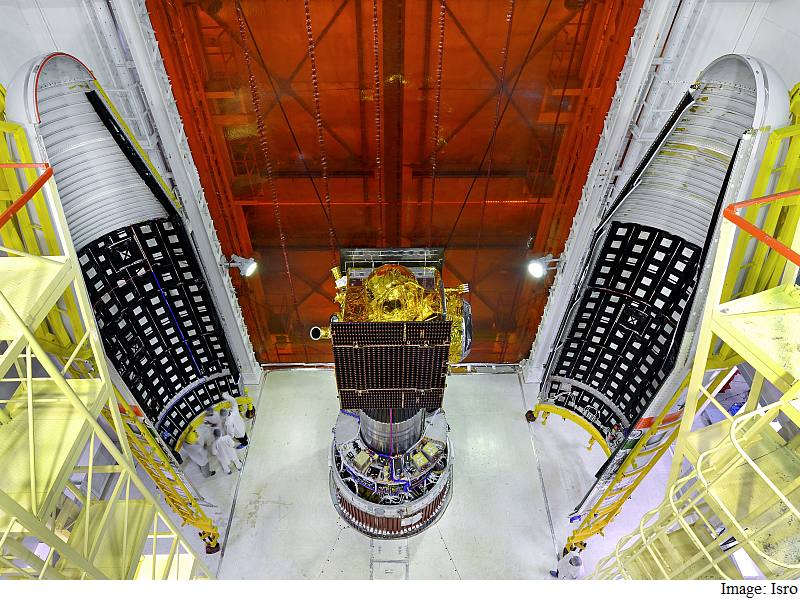 India on Thursday took the final step towards completing its own satellite navigation system, a development heralded by the Indian Prime Minister as making the nation self-reliant in the field of space-based positioning. PM Narendra Modi also christened the navigation system 'Navic', which in Hindi means 'sailor' or 'navigator'. The name is also supposed to be a contraction of the phrase 'navigation with Indian constellation'.

The seventh satellite to make up the Indian Regional Navigation Satellite System (IRNSS), called the IRNSS-1G, was launched into space via the Polar Satellite Launch Vehicle (PSLV) C33 rocket from Sriharikota spaceport in southwestern India at 12:50pm IST.

However, unlike the widely used United States' Global Positioning System (GPS) or Russia's Glonass, the Indian system will provide positioning information only in India and 1,500 square kilometres (580 square miles) around its periphery.

"Until now we were dependent on their systems, now we are self-reliant," Prime Minister Narendra Modi said in a televised congratulatory message to scientists at the Indian Space Research Organisation (Isro).

"With this successful launch, we will determine our own paths powered by our technology. This is a great gift to our people from the scientists," PM Modi said.

"Our efforts will help not only India but we can help fellow SAARC (South Asian Association for Regional Cooperation) nations as well," the Prime Minister added.

The Prime Minister in his televised address added, "The world will know this as 'Navic' as a mark of tribute to the poor fishermen of the country who have set an age-old tradition of courage. This will be our own 'Navic', which will be in our mobile phones and give us our location and show us the way and the destination."

The system, which will be fully operational in a month's time, offers applications for marine and air navigation and can be integrated into mobile phones for use by hikers or fishermen, for example.

In a tweet via the PMO India Twitter handle, the Indian Prime Minister added, "The benefits from this new technology will benefit our people, our fishermen. The world will know it as Navic: PM @narendramodi," referring to the new name of the satellite navigation system and the possible applications across industries.

The Prime Minister followed up the tweet with another, and touted the development to be a feather in the cap of the Make in India campaign, saying, "This is example of @makeinindia, made in India and made for Indians. 125 crore Indians have got a new Navic: PM @narendramodi."

Providing a clue as to the origins of the name 'Navic', BJP MP Anurag Thakur tweeted, "Our Indian GPS is called Navic (Navigation with Indian Constellation) & is another success story under @makeinindia ! #IRNSS @isro."

Over the next six months, all the IRNSS satellites will be stabilised in their final orbital positions, Isro spokesman Deviprasad Karnik said.

A ground control centre in the southern city of Bangalore and tracking stations across the country will monitor the system round the clock.

Isro scientists have been riding high since an Indian spacecraft successfully reached Mars in 2014 on a shoe-string budget, winning Asia's race to the Red Planet and sparking an outpouring of national pride.

The eight countries that make up SAARC are Afghanistan, Bangladesh, Bhutan, India, Nepal, the Maldives, Pakistan, and Sri Lanka.

China and the European Union are both developing global satellite navigation systems.