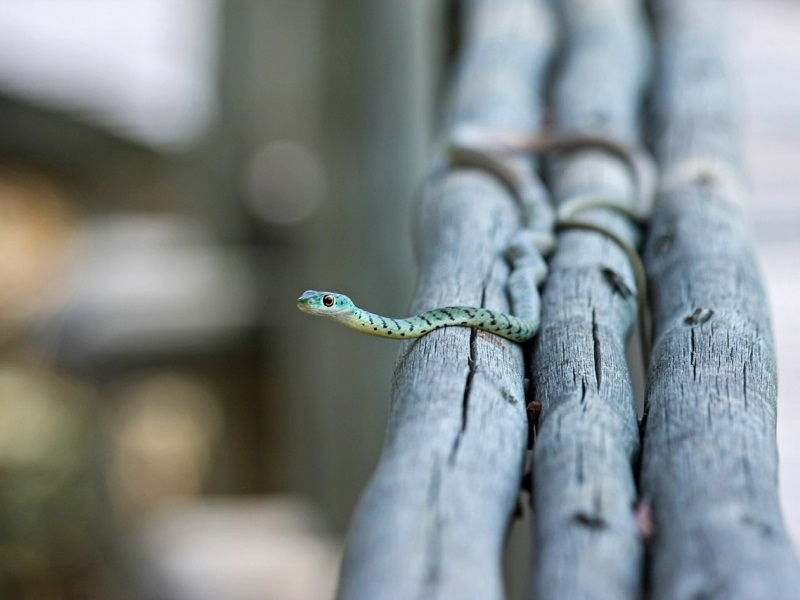 Indian scientists are developing snake robots that could help save lives in disasters and accidents and aid surveillance.

Two prototypes of the Snake Robot for Search and Rescue Missions, called SARP (Snake-like Articulated Robot Platform) have been designed by scientists of the department of mechanical and aerospace engineering at Indian Institute of Technology-Hyderabad (IIT-H).

"In a disaster site, like a collapsed building in an earthquake, a building on fire, or a dangerous environment, like a nuclear power plant in an accident, a snake robot can be used to access difficult-to-reach spaces and look for survivors under the debris," R. Prasanth Kumar, associate professor at the department told IANS.

"It can then relay valuable information about the environment and help rescue workers in planning their missions," Kumar said.

Developed from fire-proof ABS plastic, the snake-like motion of the prototypes (about a metre in length) helps in navigation of rough terrain, he said. The robots can also communicate with each other.

"When deployed in a search and rescue operation or a surveillance mission (defence-related), snake robots communicate with each other and with a central station from a cyber-physical system through various sensors such as video camera, GPS, Infrared and ultrasonic range finders," Kumar said.

Further, the robots could also touch and identify survivors.

"We are working on improving the semi-autonomous performance of snake robot for navigation and haptic feedback for survivor detection. Haptics is the science of applying touch (tactile) sensation and control to interaction with computer applications and the robot would be able to touch and identify survivors," explained Kumar.

The project is part of 'Innovation hub for cyber-physical systems' sponsored by the department of electronics and information technology, ministry of communications and IT.

The prototypes have been built with motors sourced from abroad but when manufactured locally, the cost would be around Rs. 20,000, he said.