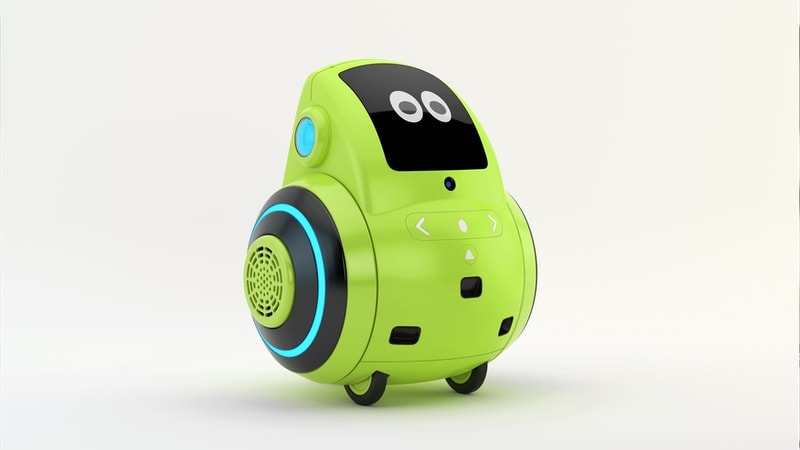 Emotix, a Mumbai-based robotics startup, has launched Miko 2, a companion robot for children. Miko 2 comes two years after the company unveiled Miko, its first robot on the market. The Miko 2 has advanced parental controls, better microphones, a front camera, and improved “emotional intelligence”. This is the third product that Emotix has brought to market, with Miko Plus unveiled as a minor upgrade to Miko earlier this year.

Just like Miko, the Miko 2 is a robot with three wheels that children can talk to. It has noise cancelling microphones for the device to be able to hear your commands even with with ambient noise. From a design standpoint, Miko 2 doesn't look very different from the Miko Plus.

Emotix is positioning Miko 2 as a child companion robot and it now has the ability to ask children to revise for examinations. It has a screen on the front, which allows it to display expressions when it's not showing relevant information. It works via a simple voice command, “Hey Miko”, and the robot now has more expressive faces as well.

Miko 2 also has the ability to make video calls. The company has dubbed this feature TeleConnect and says it will allow parents to keep in touch with their children. The company plans to allow third-party developers to make apps for the Miko 2 via a software development kit (SDK). The Miko 2 SDK is expected to release in Q1 2019, but the company has collaborated with Amar Chitra Katha, Mocomi, and StoryWalker to have some content available at launch.

Emotix CEO Sneh Vaswani said during the event that the company is committed to privacy and that all of the communication with Miko is end-to-end encrypted. He mentioned that Emotix has made this move keeping in mind the fact that the device will be used by children and that data privacy is a must for the target audience.

Miko 2 comes in three colours — Martian Red, Pixie Blue, and Goblin Green — and is priced at Rs. 24,999. Miko 2 will be available via Hamleys stores in India from December 15 and via other offline and online stores from January 15 next year.