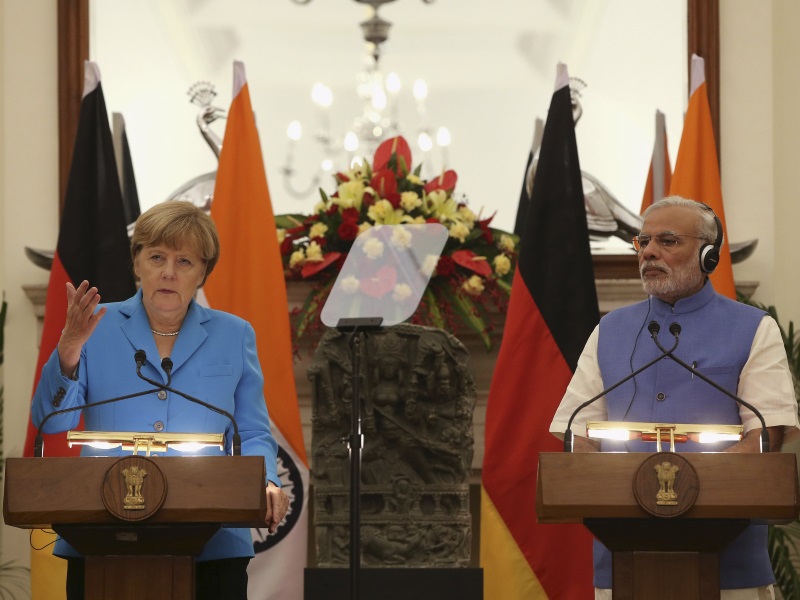 To enhance cooperation in the field of science and technology, India and Germany on Monday decided to extend the bi-national Indo-German Science & Technology Centre (IGSTC) beyond 2017 with a two-fold increase in funding every year, a move that will help in supporting industrially relevant research and development (R&D) projects.

The move will see the funding going up from EUR 2 million to EUR 4 million in IGSTC projects that have potential to generate novel technologies and new intellectual property in sectors such as advance manufacturing, embedded systems, renewable energy, food security, clean water and health care technologies - all of which are in tune with present national missions of the government of India.

India is the only country with whom Germany has such a bilateral R&D Centre dedicated to promote applied and industrial research. The IGSTC is already supporting 15 joint projects and pro-types of some new technologies have been co-developed in solar-thermal energy, stress tolerant chic-pea variety, and high altitude cold resistance plants.

Vardhan also offered Germany to participate in some of the future mega science projects, which India will be embarking upon.

At the meeting held before the 3rd Indo-German Consultative meeting, Harsh Vardhan, Union Minister for S&T, and his German counterpart Johanna Wanka said the two countries would continue to support and strengthen the basic research component of collaboration which will underpin future technology developments.

The Indian side emphasised on new areas such as anti-microbial resistance and regenerative medicine, earth science system including monsoon studies and marine sciences required to understand the climate change process.

India is investing approximately EUR 14 million for the construction of an additional beam line and access to the synchrotron facility at PETRA-III in DESY at Hamburg.

Similarly, India is equity share holder with investment of EUR 36 million in the construction of the international 'Facility for Antiproton-Ion Research' (FAIR) at Darmstadt.

Both the Ministers reiterated the need for "concerted effort" to promote exchanges of young scientists and student researchers. To this end, the Department of Science and Technology (DST) through a Letter of Intent agreed to continue the support for participation of 25 Indian science and medical students to the annual Nobel Laureate meet in Lindau.

The two, also echoed that the future cooperation should focus on programmes to promote innovation and techno -entrepreneurship by linking the Small and Medium Enterprises and Start-up enterprises of both the countries in order to make meaningful contribution.