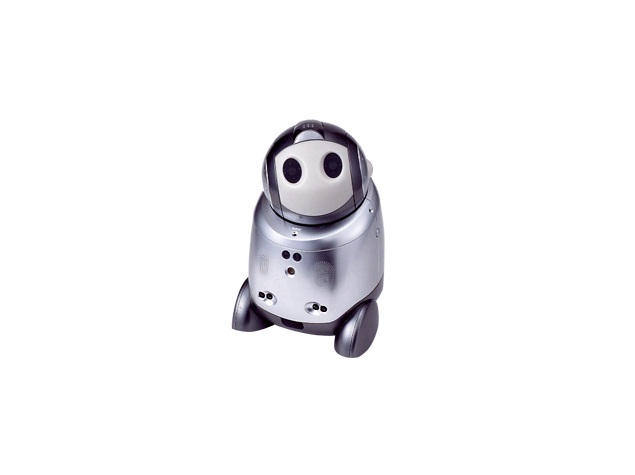 Talk about robots that can walk, talk, sing, read the news, tell the weather, go Internet shopping and even read human feelings.

Meet Charles or Charlie, one of the world's most advanced robot, designed by Rajiv Khosla an alumnus of Indian Institute of Technology and professor at Australia's La Trobe University, which can do all of that.

At mere 20cm tall, Charlie is a 'Partner-Personal Robot' (PaPeRo), who has been specifically designed to assist children and adults with problems like dementia, autism, cerebral palsy, brain injury and other such illness.

"A child with dementia will often forget to wash his hands in the washroom. The robot will constantly have his eyes on him and remind him that he hasn't washed his hands and that he needs to do it," Khosla said at the demonstration of the model organised by the Australian High Commission in New Delhi.

More than 20 field trials have been conducted with Charlie and other robots - Matilda, Jake, Lucy and Sophie- in Australia. Communication with the robots can be done through voice commands, touch pads, tablets and even using facial expressions. They detect how a person feels and accordingly personalises their services.

"These robots are multi-lingual and can be personalised based on the language, culture and lifestyle of their human partners," Khosla said.

An alumni of IIT, Khosla an expert in creating "emotionally engaging robots" said he believes that robots like Charlie can cross the boundaries of "language, culture and lifestyle."

"Once the emotional status is established, then the learning starts for both the robot as well as the human being.

It can be used by all age groups to take therapeutic effects and positive stimulus," he added.

Capable of providing emotional engagement with users, the robots are designed to have natural integrations with users, said Khosla who is the Director of the Research Centre for Computers, Communication and Social Innovation at the La Trobe University.

Khosla along with his team at La Trobe University collaborated with Japanese electronic giant NEC Corp designed the robots.

"While other apps and phones in the market are screen based, Charlie is not. It will provide personalised services naturally. It looks at the mood and the expression unlike other apps and then responds accordingly. It is not a button-bound apparatus," Khosla said.

The 6.5kg robot which was designed by Khosla in association with the Japanese electronics giant, NEC Corp, can even assist parents in babysitting.

"If it doesn't recognise a face, it immediately sends a message to the care taker," the researcher said.

The robots are designed to have one-to-one interaction but if it detects multiple faces, it creates profiles of all of them in a database, recording all the individual likes and dislikes and responds to them accordingly.

"Till now we have deployed seven such robots in Melbourne at homes with health conditions. And the owners are perfectly happy with them. The whole idea of PaPeRo is to compliment human beings," Khosla said.

While a static version of Charlie will have to be physically carried and plugged on to a charging point when it gives the indication "I am hungry. Charge me", its mobile version can walk up to a docking station and charge itself on its own.

The robots can also be programmed to speak in 11 different languages including Hindi, Tamil, Chinese, Italian, and German.

"It will wish you good day in the morning, can recommend you where to go and where to not, can sing your favourite songs and even dance for you," Khosla said.

The market price for a robot like Charlie is estimated at Rs. 90,000.