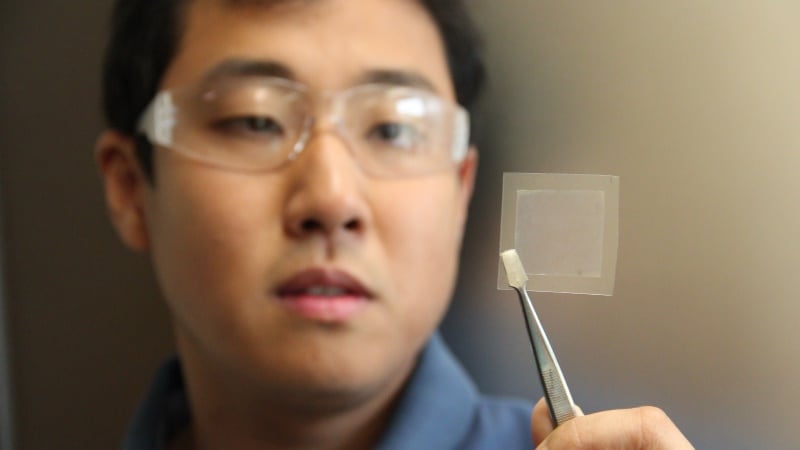 In a breakthrough, scientists have used the humble soybean to make the world's strongest material graphene commercially more viable.

Graphene is a carbon material that is one atom thick. Its thin composition and high conductivity means it is used in applications ranging from miniaturised electronics to biomedical devices.

Until now, the high cost of graphene production has been the major roadblock in its commercialisation. Previously, graphene was grown in a highly-controlled environment with explosive compressed gases, requiring long hours of operation at high temperatures and extensive vacuum processing.

Scientists at Commonwealth Scientific and Industrial Research Organisation (CSIRO) in Australia have developed a novel "GraphAir" technology which eliminates the need for such a highly-controlled environment.

The technology grows graphene film in ambient air with a natural precursor, making its production faster and simpler.

With heat, soybean oil breaks down into a range of carbon building units that are essential for the synthesis of graphene. The team also transformed other types of renewable and even waste oil, such as those leftover from barbecues or cooking, into graphene films.

"We can now recycle waste oils that would have otherwise been discarded and transform them into something useful," Seo said.

The potential applications of graphene include water filtration and purification, renewable energy, sensors, personalised healthcare and medicine, to name a few. Graphene has excellent electronic, mechanical, thermal and optical properties as well. Its uses range from improving battery performance in energy devices, to cheaper solar panels.

The research was published in the journal Nature Communications.

Spotify-Backed Soundtrack Your Brand Raises $22 Million for Expansion
Apple Tops Fortune's List of Most Admired Companies for Tenth Year in a Row; Samsung Drops Out