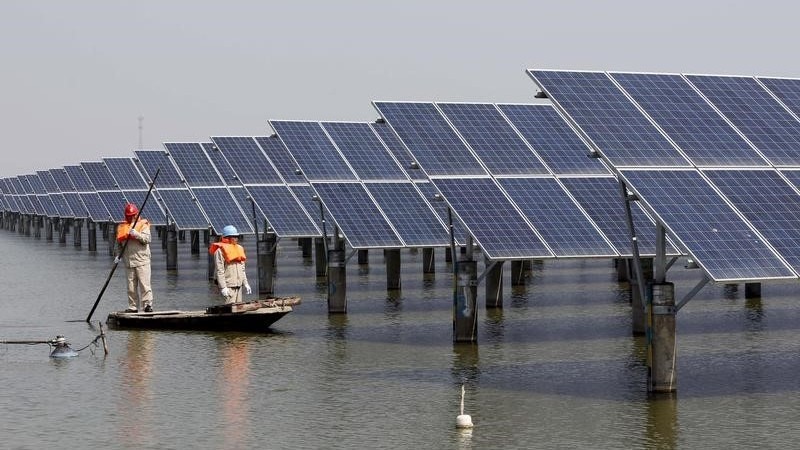 India's trade ministry on Monday recommended imposing a 25 percent duty on imports of solar cells and modules from China for one year to try to counter what it sees as a threat to domestic solar equipment manufacturing.

Falling prices of solar cells and modules, over 90 percent of which India imports from China, have triggered a decline in the cost of solar power generation and led Indians increasingly to adopt the technology.

India plans to make renewable power account for 40 percent of its total installed capacity by 2030, from 20 percent currently.

The recommendation, contained in a report published by the ministry and to be submitted to the government for approval, is intended to address a serious threat to the domestic solar manufacturing industry from Chinese imports, the directorate general of trade remedies (DGTR) said in the report.

The China Chamber of Commerce for Imports and Exports of Machinery and Electronic Products said the "real cause of injury to the domestic industry is aggressive pricing practices of other Indian producers and not imports."

Trade relations between the two Asian nations have thawed recently despite fears of a trade war elsewhere, with the two sides discussing ways to increase Indian sales of farm products and India pushing China to give access to its software service firms.

However, the trade deficit has widened to $62.9 billion (4.3 lakh crores) in China's favour, an over nine-fold increase over the last decade.

India's share in China's exports of solar cells and modules rose from about a fifth in the first half of 2016 to two-fifths a year later, the DGTR wrote, adding that China had "started targeting the Indian market more vigorously."

Some Indian solar power generators, like Avaada, have expressed reservations about the duties. A safeguard duty would put solar projects worth more than Rs. 1 lakh crore ($14.59 billion) under jeopardy, Avaada told DGTR.

Google Rivals May Get a Boost With EU's Attack on Android
Xiaomi Mi A1 Android 8.1 Oreo Update Resumes, Comes With July 2018 Security Patch