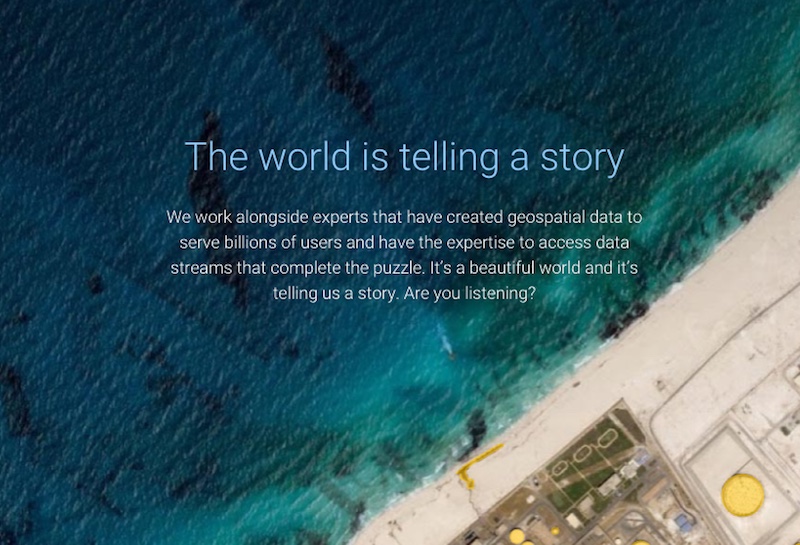 Google is renaming its satellite subsidiary Skybox Imaging as Terra Bella, which means Beautiful Earth or Beautiful Land. The re-branding comes two years after the Mountain View-based company acquired Skybox Imaging, and months after a major reshuffling at the company, in which Google announced its holding company Alphabet.

You may have forgotten about Skybox Imaging, and it's Google's fault as we were hardly ever briefed about its development. But the Mountain View-based company is now showing great interest in Terra Bella. "As Google revolutionised search for the online world, we have set our eyes on pioneering the search for patterns of change in the physical world. In order to focus firmly on the future, we're pursuing that vision under a new name - Terra Bella."

Founded in January 2009, Skybox Imaging at the time developed small satellites for observing landscapes in high detail and provide analytics services. In June 2014, the startup was acquired by Google for a sum of $500 million. Two years ago, Skybox launched SkySat-1, its first satellite. According to Google, Terra Bella has over a dozen satellites under development.

Chatter about Terra Bella suggests that Google may have plans to leverage on the satellites and similar technologies to bolster its Internet delivery efforts such as Project Loon efforts, or even improve Google Maps. To recall, a document recently spotted with FCC indicated that Google was testing high-frequency sound for what we could speculate Project Loon initiative. The company was also reportedly working on satellite-based Internet, but its plans were said to have been shelved.

Moving forward, it seems the heads of the Terra Bella want it to focus on geospatial information and machine learning capabilities. "There is an incredible opportunity for geospatial information to transform our ability to meet the economic, societal, and humanitarian challenges of the 21st century, but satellite imagery represents only one part of the puzzle," said founders Dan Berkenstock, John Fenwick, and Ching-Yu Hu.

Call Drops: Trai Extends Date for Compensation Report to Monday
Dust Grains Could Be Remnants of Stellar Explosions From Billions of Years Ago: Study