Glitch Delays Launch of SpaceX Rocket With US Weather Satellite 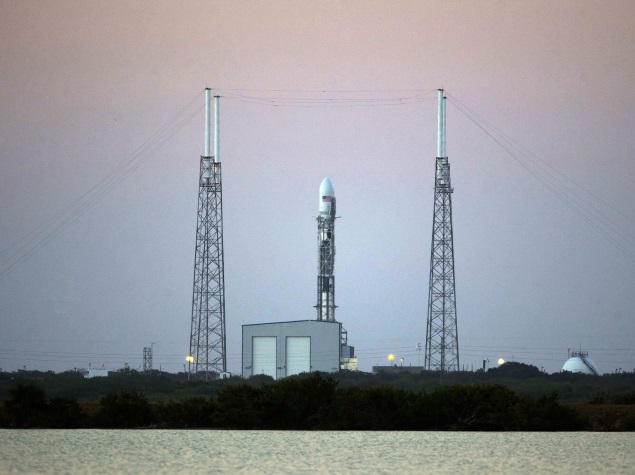 Launch of a SpaceX rocket with a U.S. weather satellite bound for deep space was called off minutes before liftoff on Sunday due to a technical problem, officials said.

Launch had been targeted for 6:10 p.m. EST (2310 GMT) from Cape Canaveral Air Force Station in Florida. But about 2.5 minutes before liftoff, a problem cropped up with an Air Force radar system needed to track the rocket in flight.

The rocket carries the Deep Space ClimateObservatory, nicknamed DSCOVR, a partnership of Nasa and theNational Oceanic and Atmospheric Administration.

"We think of DSCOVR as a weather buoy," NOAA administrator and former astronaut Kathryn Sullivan said during a Nasa launch webcast.

"It senses first the blasts of solar wind and embedded magnetic fields that are potentially going to wreak some havoc."

The satellite's original mission, championed by then-VicePresident Al Gore, was to provide a near-continuous view ofEarth that would be distributed via the Internet in an attemptto raise environmental awareness, much like the iconic Apollo 17"Blue Marble" picture of Earth did in the early 1970s.

The satellite, then called Triana - and lampooned as"GoreSat" - was due to launch on the ill-fated space shuttleColumbia mission in 2003, but it was pulled from the manifestand put into storage after President George H.W. Bush moved intothe White House.

A decade later, Triana was refurbished and reborn as theDSCOVR solar observatory. In addition to instruments to studythe solar wind, it has two sensors for Earth scienceobservations, such as tracking volcanic plumes,measuring ozone and monitoring droughts, flooding and fires.

The satellite also will take pictures of Earth every two hours that will be posted on the Internet the next day, fulfilling in part Gore's dream.

"The opportunity for every man, woman and child who lives on the Earth to see ... their own home in the context of the whole can add to our way of thinking about our relationship to the Earth," Gore, who was at the Kennedy Space Center to watch the launch, told reporters.

Telecom Subscriber Base Reaches All-Time High at 970.97 Million
OnePlus One Available to Buy in India Without Invitation on Tuesday