The Australian Square Kilometre Array Pathfinder (ASKAP) was the first to detect the J0624–6948. 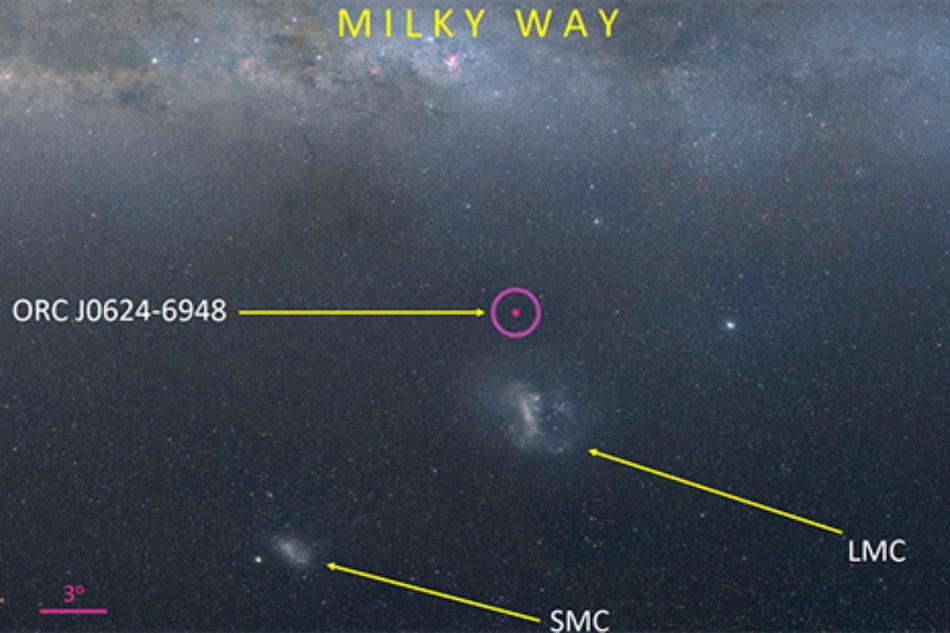 Astronomers may have just stumbled upon the first known case of an intergalactic supernova remnant. The international team of experts found a mysterious circular ring that is believed to be the remains of an exploded star. This giant ring-shaped phenomenon near our neighbouring galaxy is being called a "rogue" supernova remnant. Named J0624–6948, it is located in the Large Magellanic Cloud (LMC), which is a satellite galaxy of the Milky Way. The research was led by Professor Miroslav Filipovic from the School of Science, Western Sydney University.

The Australian Square Kilometre Array Pathfinder (ASKAP) was the first to detect the J0624–6948. The new generation radio telescope is managed by CSIRO and can measure the range of spherical objects in more accurate terms. Due to its high sensitivity, good spatial sampling and wide area coverage, the telescope is helping researchers gain a new perspective of the universe.

Scientists believe that this supernova remnant could have originated from a star that could be up to 7,000-year-old. They estimate that the object is about 2200 to 7100-year-old. The object was initially mistaken to be an Odd Radio Circle (ORC). But unlike an ORC, J0624–6948 has a flatter radio spectral index, is not hosted by a central galaxy and is larger apparent size. The observation was published as a study in the journal Monthly Notice of the Royal Astronomical Society.

“When we originally discovered this almost perfectly circular radio object we thought it was yet another ORC (Odd Radio Circle) but after our additional observations, it became clear that this object is much more likely to be something else," stated Filipovic.

Researchers are considering several possibilities. Filipovic added, “The most plausible explanation is that the object is an intergalactic supernova remnant due to an exploded star that resided in the Large Magellanic Cloud outskirts that had undergone a single-degenerate type Ia supernova which involves the explosion of two stars orbiting each other.”

Other opinions about this object are that it may be the remnant of a “super-flare activity from a nearby Milky Way star” or it may turn out to be an unforeseen larger ORC.