Gemini South is one of the world’s most powerful optical-Infrared telescopes located on the Andes, Chile 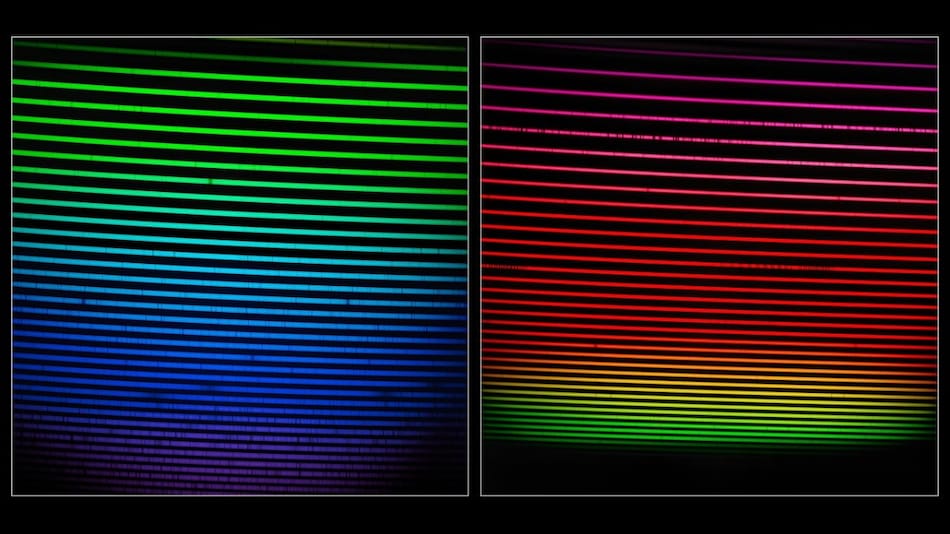 The Gemini South telescope's GHOST, or the Gemini High-Resolution Optical SpecTrograph, has captured its first light image of a chemically complex star. Gemini South is one of the world's most powerful optical-infrared telescopes that is located on the Andes mountain in Chile. The telescope's potential was improved after it was equipped with the GHOST spectroscope. Now, the cutting-edge instrument has captured light from a star and produced a high-resolution image featuring an optical spectrum of the light emitted by the celestial body.

The observed star, HD 222925, is a bright and chemically complex celestial body located over 1,400 light years away. It is in the direction of the southern hemisphere constellation Tucana and the GHOST instrument has been employed to observe such objects in space.

“This is an exciting milestone for astronomers around the globe who rely on Gemini South to study the Universe from this exceptional vantage point in Chile. Once this next-generation instrument is commissioned, GHOST will be an essential component of the astronomers toolbox,” said Jennifer Lotz, Director of Gemini Observatory.

Spectrographs like the GHOST are crucial instruments in the field of astronomy. High-resolution cameras help peer into distant galaxies and stars and click their intricate pictures. Whereas, a spectrograph is efficient in capturing detailed information about their chemical composition, rotation, motion, and ancient counterparts located deep in the universe.

The GHOST is around 10 times more powerful than Gemini South's other major optical spectrograph named Gemini Multi-Object Spectrographs (GMOS). It is the most sensitive high-resolution spectrograph across the full optical wavelength range among all other comparably sized telescopes currently in operation.

With its immense potential, GHOST is expected to provide follow-up on the key observations made so far and information on targets that have emerged in ongoing and future surveys.

Even if TikTok and Other Apps Are Collecting Your Data, What Are the Actual Consequences?
Delhi Metro Awards 300 Permits for E-Autos Driven by Women for Last-Mile Commuter Connectivity