Gaganyaan: Training of Astronauts in Russia Said to Be on Hold Due to Lockdown

The four test pilots of the Indian Air Force, chosen for Gaganyaan, have been undergoing training at the Yu.A. Gagarin Research & Test Cosmonaut Center near Moscow since February. 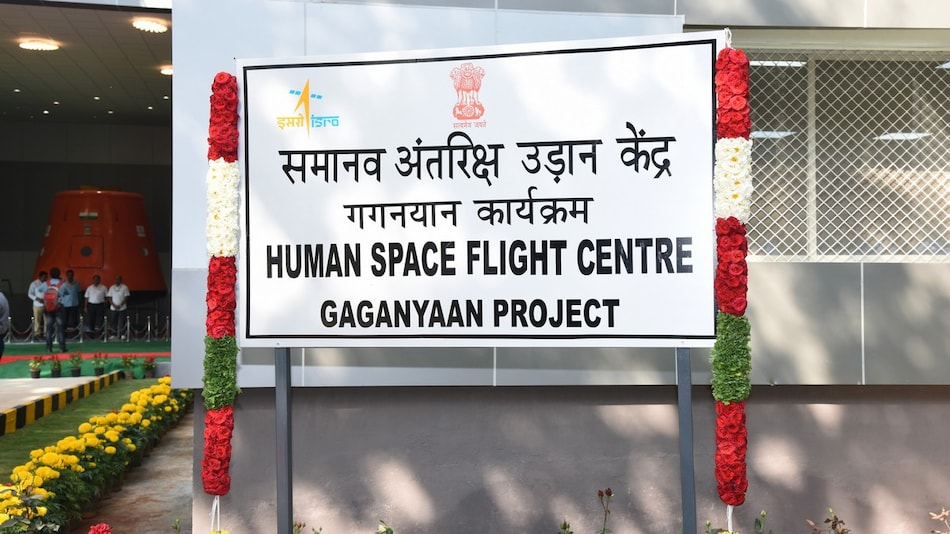 The training of Gaganyaan's four prospective astronauts in Russia has been put on hold as the facility where the exercise is being undertaken has been temporarily shut in the wake of coronavirus outbreak, sources said on Monday.

The four test pilots of the Indian Air Force, chosen for India's first manned mission to space, have been undergoing training at the Yu.A. Gagarin Research and Test Cosmonaut Training Centre near Moscow since February.

However, since last week the centre has been shut due to coronavirus outbreak, sources said.
Named after Yuri Gagarin, first human to journey into outer space, the Gagarin Research and Test Cosmonaut Training Center was built to support manned space programmes, space exploration activities, space engineering, cosmonauts' training, as well as ensuring their safety in space and providing post-flight rehabilitation programmes for cosmonauts.

"Our (prospective) astronauts are fine. They are currently in hostel. We have been told the centre will open by the month end,” a source said.

When asked whether the suspension of training for nearly four weeks will hurt the training programme, the sources added that although the programme spans over 12 months, they had kept a buffer of three months to factor in exigencies.

India's first manned mission to space -- Gaganyaan -- is planned around 2022. Under this nearly Rs. 10,000-crores mission, three Indians will travel to the low earth orbit of 300-400 kilometres.
The sources said ISRO has also put on hold a month-long training of flight surgeons in Russia due to the lockdown both in India and Russia.

Last week, Russian President Vladimir Putin urged residents of Moscow to respect the lockdown, saying it was a necessary measure to slow the spread of the coronavirus. Several other regions in Russia are also under lockdown.

According to the World Health Organisation (WHO), Russia has so far reported 4,731 deaths and 44 deaths.

The flight surgeons, who are Indian Air Force doctors, specialise in aviation medicines and are responsible for the health of astronauts before, during and after flight.

“Flight surgeons have to develop some personal rapport with the astronauts. This is why we planned that the flight surgeons will go to Russia in rotation,” the source added.

Currently, there is one flight surgeon and an ISRO official in Russia, apart from the four astronauts.

“Our activities in Russia are not on track. Since both India and Russia require quarantine of 14 days after travel, we have asked our team to stay put there. So there is no point in sending anyone there now. The fresh team will not go to Russia until things settle down,” the source added.

Separately, the flight surgeons were to be trained at CNES, France's space agency.

However, a CNES official told PTI that the "coming training sessions originally planned in Europe, in the spring, will be slightly delayed".

Despite the situation linked to COVID-19 and necessity of confinement of working staffs, CNES and ISRO continue to cooperate to prepare for the Gaganyaan mission, especially for the training of crew surgeons and of the ground teams that will support the mission, CNES officials said.

One session concerns the training of ground teams in France at CADMOS/CNES, the operational centre specialised in space operations for manned spaceflights and microgravity research, and another one for training crew surgeons, which was planned to take place in ESA European Astronauts Centre in Germany.

“To progress quickly, the teams are currently evaluating the possibility to organise these training sessions remotely. In parallel, they keep on building the other parts of the cooperation such as a possible support to provide access to spatialised equipment,” the official added.

ISRO and CNES have an agreement to train Indian flight surgeons. The four prospective astronauts are also likely to go to France which has a well-established mechanism for space medicine.
It has the MEDES space clinic, a subsidiary of CNES, where space surgeons undergo training.