ISRO is working in tandem with the IAF to realise the Gaganyaan manned space mission. 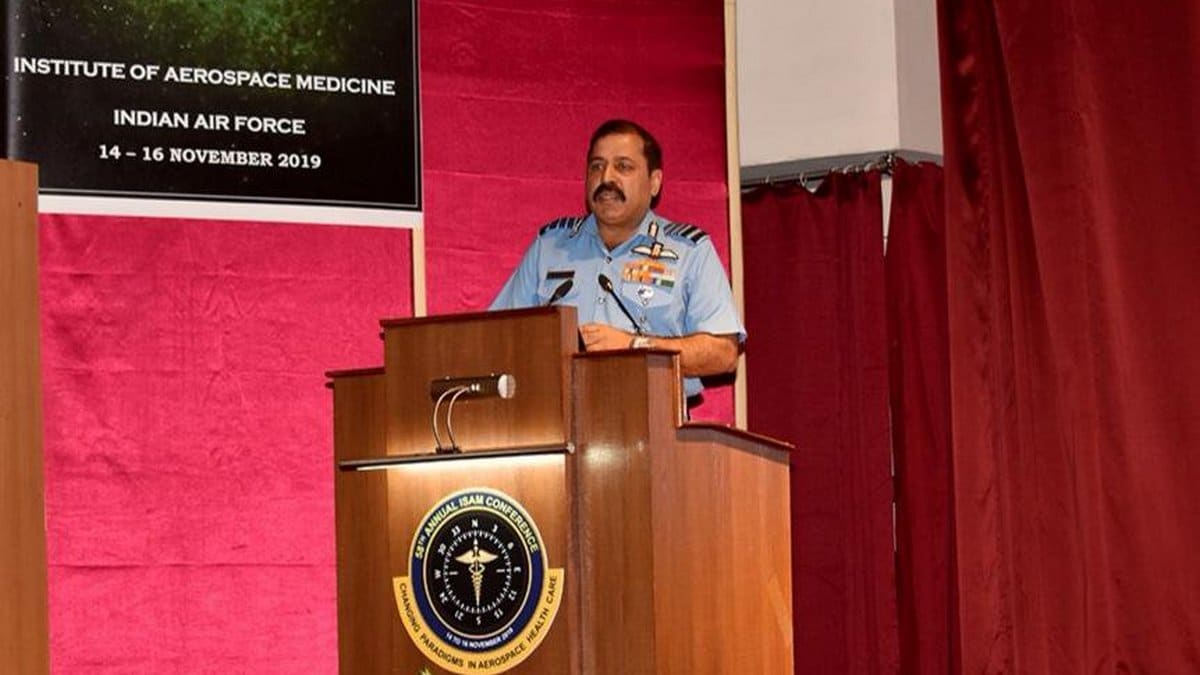 "The screening process is well underway and I think it is being done very professionally. And increasingly, the interaction with ISRO is leading to greater understanding of the screening itself," he said. The Air Chief Marshal was speaking at the inaugural session of the three-day 58th Indian annual conference of the Indian Society for Aerospace Medicine (ISAM) here.

Speaking about the role of IAF, Bhadauria said the team coordinating with the Indian Space Research Organisation can look into the design aspect of the spacecraft such as the life support system, the design of the capsule and the contribution of this aviation medicine division to make sure ISRO achieves the challenge it has taken up.

He said the task assigned to them has been completed well in time. According to an IAF officer, the Indian Air Force has shortlisted 12 persons as ''Gagan Yatris'' (astronauts) for the Gaganyaan project, of which seven have gone to Russia for training.

The officer, speaking on condition of anonymity, told PTI that the rest of the selected people would be sent once the batch of seven returns from Russia. "As many as 12 have been selected for the Gaganyaan project in the first level. This is a screening process. Of these, four will be finally selected," the officer said.

"At the time of the launch of the project, one or two 'Gagan Yatris'' will be selected for the Mission," he added. Gaganyaan is India's manned space mission which the ISRO aims to launch by December 2021.

The space agency is working in tandem with the IAF to realise Prime Minister Narendra Modi's dream.

The project aims at sending the astronauts to a lower orbit of the earth and the spacecraft will have a capsule with adequate supply of oxygen and other essential material and facilities for the Gagan Yatris, the officer explained.

According to the officer, initially the cut-off age for the project was 30 but as the IAF pilots of that age group could not clear the test, the age bar was raised to 41. Butola said the aeromedical consultancy of crew module design, life support system, onboard health monitoring system and flight support system are yet to be accomplished.

"Some of the most advanced countries in the world have attempted human space programme and in the face of challenges they had to abandon it because they could not succeed," he explained. The ambitious Gaganyaan mission was announced by the Prime Minister during his Independence Day speech in 2018.