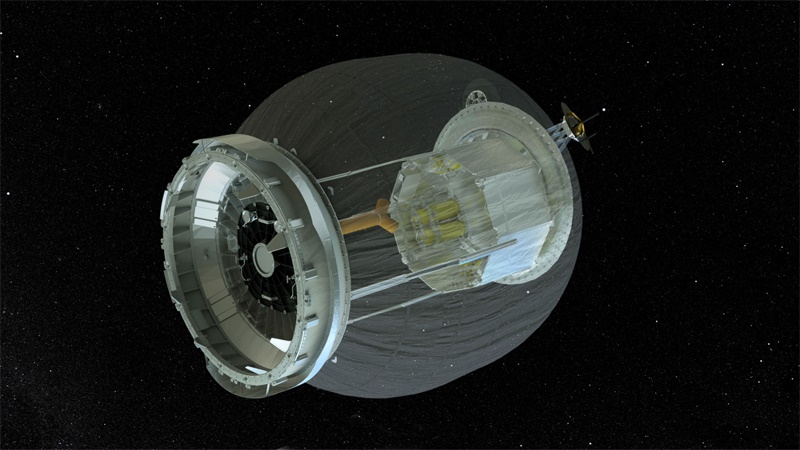 Nasa called off an attempt to inflate an experimental habitat attached to the International Space Station after the fabric module failed to expand as planned on Thursday.

Station crew member Jeff Williams spent more than two hours opening a valve to allow spurts of air to inflate the 3,100-pound (1,400 kg) module, the first expandable habitat to be tested with astronauts in space.

But the Bigelow Expandable Activity Module, or Beam, failed to unfurl as expected, mission commentator Dan Huot said during a Nasa TV broadcast.

The prototype habitat, which was flown to the station last month aboard a SpaceX Dragon cargo ship, is made of impact-resistant, Kevlar-like materials and flexible layers of fabric.

Nasa is interested in using expandable habitats as living quarters for crew members in its future plans for three-year trips to and from Mars. The lightweight habitats could save millions of dollars in launch costs compared with metal modules. They may also offer better radiation protection for astronauts.

Beam was designed and built by Bigelow Aerospace, a Las Vegas-based firm owned and operated by billionaire entrepreneur Robert Bigelow.

Now, engineers from Nasa and Bigelow are studying why the habitat failed to expand as planned. They may resume the operation on Friday, Huot said during the Nasa broadcast.

Nasa had hoped to expand Beam using spurts of air from the station, before pressurizing it to inflate to the size of a small bedroom, a 10-fold increase in volume.

Nasa plans to keep Beam attached to the station, a $100 billion (roughly Rs. 6,70,681 crores) research laboratory that flies about 250 miles (400 km) above Earth, for two years to see how it fares in the harsh environment of space.