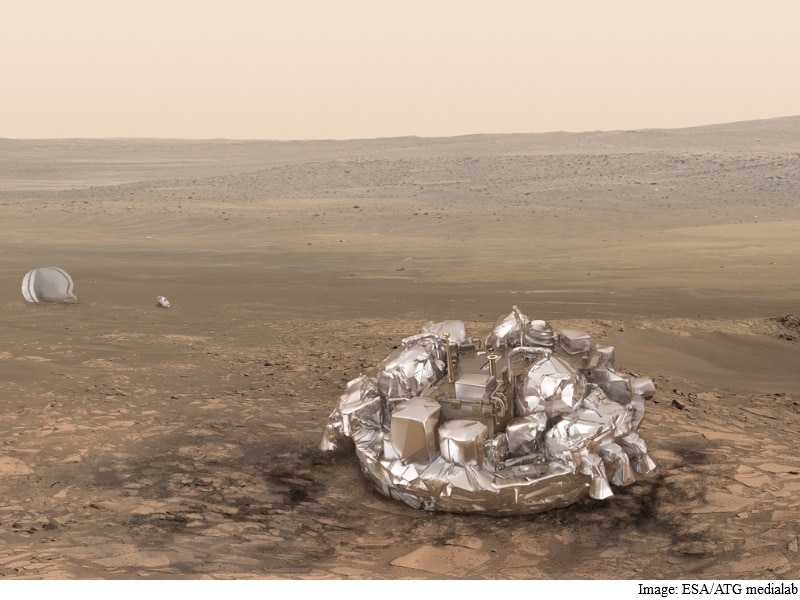 Barely a month after its expensive test lander crashed into Mars, the European Space Agency asked member nations Friday to cough up an extra 400 million euros ($425 million) to complete the ExoMars exploration of the Red Planet.

The two-part mission saw a spacecraft successfully placed into orbit in mid-October, but a companion lander designed to pave the way for a mobile-lab rover in 2020 smashed into the planet's surface.

The aim of ExoMars is to seek evidence of life, past or present.

To complete the job, the ESA needs "a bit over 400 million euros for the project, which includes all the technical work needed to take the vehicle up to the launch phase," David Parker, ESA's Director of Human Spaceflight and Robotic Exploration, told journalists by phone.

Ministers from the 23 countries that underwrite Europe's space programme, including Canada, will decide whether to cover the cost overrun when they meet next Thursday and Friday in Lucerne, Switzerland.

After trawling through a mountain of data, the ESA said Thursday that the Schiaparelli lander failed when a computer measuring its rotation malfunctioned, knocking subsequent calculations off track.

A parachute, a protective heat shield and braking thrusters all deployed far too soon as a result, causing the lander to fly into Mars at 540 kilometres (335 miles) per hour instead of gently gliding to a stop.

Almost all other aspects of the complex mission last month went as planned, he noted.

The objective remains scientifically compelling, he added, "because there is no other mission that has planned to go below the surface of Mars," where life - if there is any - is most likely to be found.