Hubble Space Telescope Captures Stunning Image of a Swirling Galaxy: Here’s How It Was Taken

ESA described the process with the help of an image of a spiral galaxy named NCG 7329. 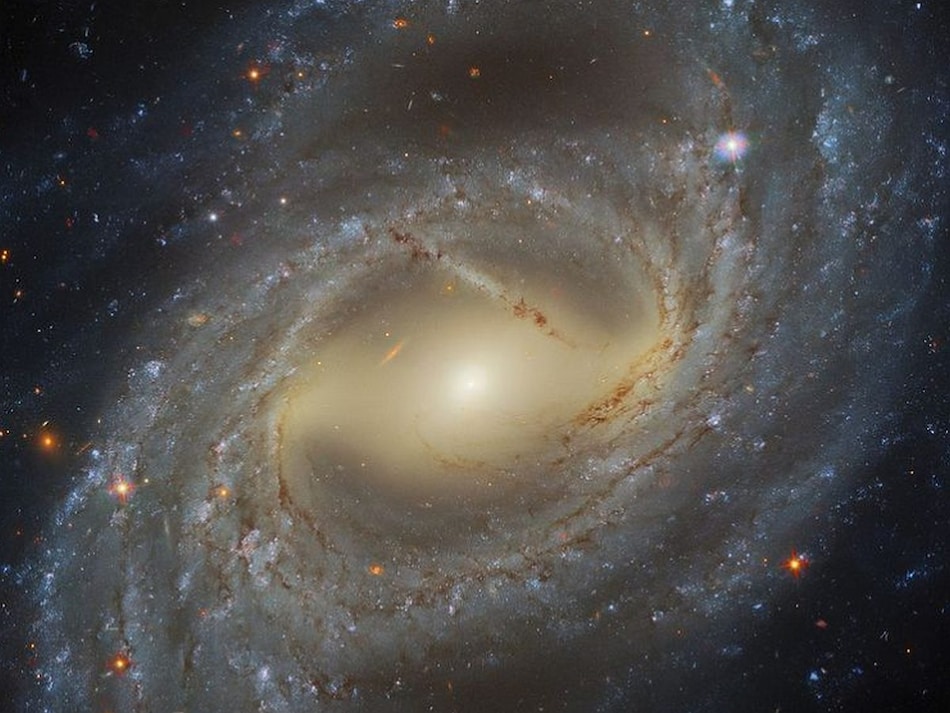 Images of outer space captured by the Hubble Space Telescope often leave us baffled. The vibrancy of colours and the detail of visual information packed into one photo is more than enough to keep us hooked to these stellar images. The European Space Agency (ESA) recently shared yet another astonishing photo on their Instagram. Sharing the photo of a spiral galaxy named NCG 7329, the space agency also wrote how the Hubble Space Telescope manages to click such stunning images. The post shows the image of a stellar whirlpool with yellow light concentrated at the centre and spirals tinted blue. We also notice some red clusters scattered all over.

The space agency explained more about the photo in the caption to their post. It read, "Creating a colourful image such as this one using a telescope such as Hubble is not as straightforward as pointing and clicking a camera." Here's the reason. Commercial cameras are built in a way that they collect any visible wavelength that's available. These cameras do so in order to capture the most amount of light and vibrant colours in the image. But the Hubble telescope works in a different way.

The caption read, "In contrast, raw images collected by Hubble are always monochromatic, because astronomers typically want to capture very specific ranges of wavelengths of light at any time, in order to do the best, most accurate science possible." For this purpose, Hubble uses filters to control the wavelengths of light that reach the camera's light sensor.

But once you looked at the image, you wouldn't believe it was taken with a mechanism that allowed only monochromatic lighting. Take a look:

The colour in Hubble's images come after layering and juxtaposing different observations of the same object. The object is observed through several filters. The European Space Agency described the process in light of this photo. The caption read, "This image, for example, was processed from Hubble observations made using four different filters, each of which spans a different region of the light spectrum, from the ultraviolet to optical and infrared."

The juxtaposition cannot be accomplished by an untrained person. "Specialised image processors and artists can make informed judgements about which optical colours best correspond to each filter used. They can then colour the images taken using that filter accordingly," read the caption.

The caption concluded, "Finally, the images taken with different filters are stacked together, and voila! The colourful image of a distant galaxy is complete, with colours as representative of reality as possible.