ESO scientists claim that the black hole is closer to the planet’s solar system than any other found to date and forms part of a triple system called HR 6819 that can be seen with the naked eye. 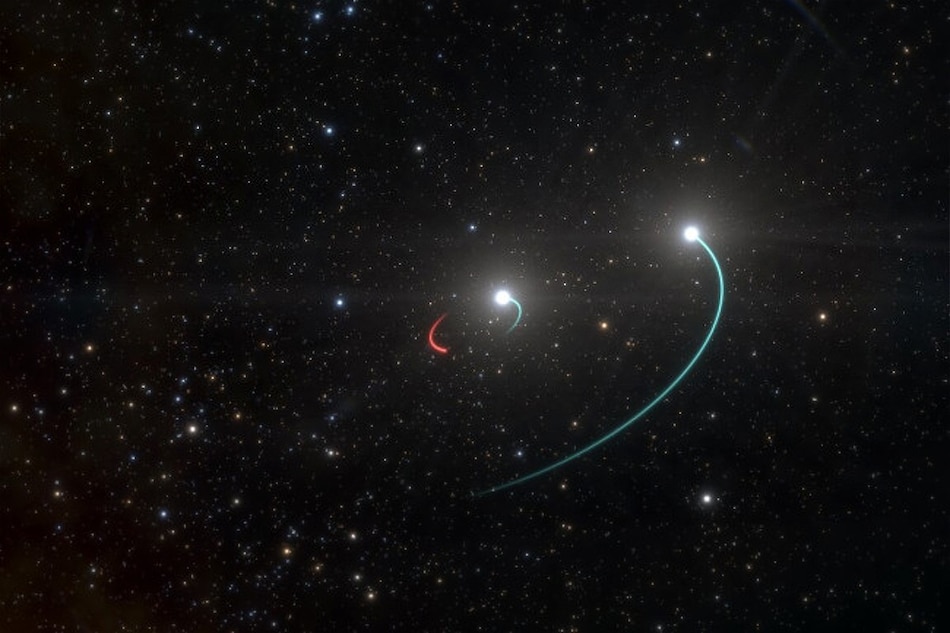 Astronomers from the European Southern Observatory (ESO) have discovered a new black hole lying just 1,000 light-years away from Earth. This black hole is the closest to the planet, and has two companion stars visible to the naked eye. Unlike most other black holes, this one does not interact violently with the environment - which is probably why it hadn't made its presence felt until now. This black hole's mass is over four times that of the Sun, and scientists suggest that this system could just be the tip of the iceberg, as many more similar black holes could be found in the future.

ESO scientists claim that the black hole is closer to the our Solar System than any other found to date and forms part of a triple star system called HR 6819 that can be seen with the naked eye. They used the MPG/ESO 2.2-metre telescope at ESO's La Silla Observatory in Chile to track the two companion stars in the system for months and finally found evidence for the invisible object. The astronomers observed that one of the two visible stars orbits an unseen object every 40 days, while the second star is at a large distance from this inner pair. This unseen silent object had mass that was four times than the Sun, and the researchers concluded that it had to be a black hole.

The black hole is located in the constellation of Telescopium, and the HR 6819 system is so close to Earth that it can be viewed without binoculars or telescope from the southern hemisphere on a dark, clear night. The researchers suggest that this particular black hole isn't violent towards its environment, unlike many others, and therefore has been able to go undetected for so long. So far, astronomers have been able to spot only a couple of dozen black holes in our galaxy, the Milky Way. Most of these discovered black holes strongly interact with their environment and make their presence known by releasing powerful X-rays in this interaction. This invisible and silent black hole found in the nearby HR 6819 system suggests that there may be many more in the Milky Way that have managed to go undetected.

“There must be hundreds of millions of black holes out there, but we know about only very few. Knowing what to look for should put us in a better position to find them,” ESO scientist Thomas Rivinius says in their report. Because of this discovery, the astronomers are already tailing a second system, called LB-1, as they think it could also be such a triple system like the HR 6819. LB-1 is a bit further away from Earth, but ‘still pretty close in astronomical terms'.

Realme Narzo 10, Narzo 10A Now Set to Launch in India on May 11
What to Know About Facebook's Content Oversight Board