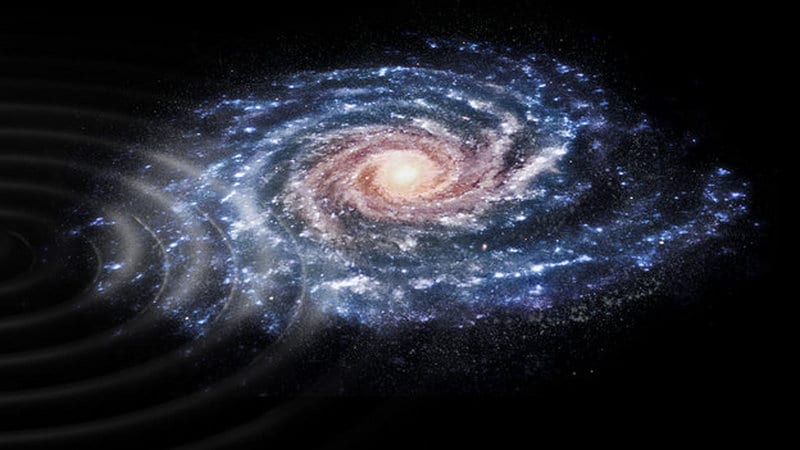 The Milky Way galaxy is still enduring the effects of a near collision that likely took place sometime in the past 300-900 million years and set millions of stars moving like ripples in a pond, the European Space Agency (ESA) has said.

An analysis of the motions of six million stars in the Milky Way disc - one of the major components of our Galaxy - by ESA's star mapping mission Gaia, revealed an interesting and totally unexpected pattern.

One shape was a snail shell-like pattern in the graph that plotted the stars' altitude above or below the plane of the Galaxy against their velocity in the same direction.

"At the beginning the features were very weird to us," said lead researcher Teresa Antoja from the Universitat de Barcelona in Spain.

"I was a bit shocked and I thought there could be a problem with the data because the shapes are so clear," she added.

In the study, appearing in the journal Nature, Antoja and her team investigated what had "hit" the Milky Way to cause this behaviour in the stars.

They found that the unexpected rippling movements of stars in the Milky Way took place when the Sagittarius dwarf galaxy sailed past it between 300 and 900 million years ago.

This small galaxy contains a few tens of millions of stars and is currently in the process of being cannibalised by the Milky Way.

Its gravity, when passing closely by our Galaxy, would have perturbed some stars in our Galaxy like a stone dropping into water, Antoja said.

Gaia is one of ESA's cornerstone missions and was designed primarily to investigate the origin, evolution and structure of the Milky Way.

Gaia measures a three-dimensional movement of stars, using a combination of their position in space and their velocity.