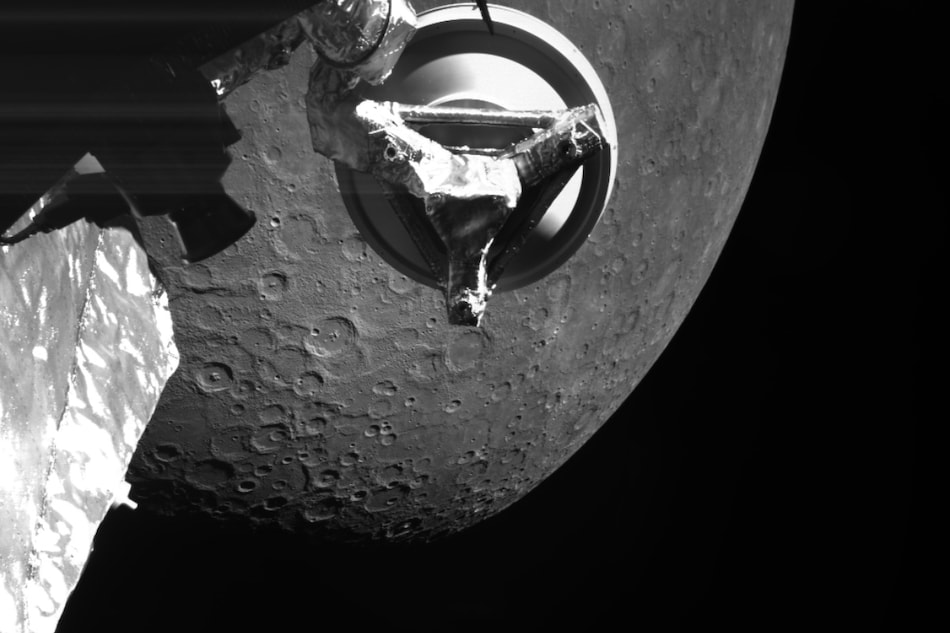 The European Space Agency's (ESA) BepiColombo mission successfully completed its second flyby of Mercury, capturing 56 intricate images in the process, according to the agency. The joint project developed by the ESA and Japan Aerospace Exploration Agency (JAXA) is tasked with examining the least explored planet in the inner solar system. During its closest approach to Mercury on June 23, the probe was around 200 km above the surface, capturing close-up images of the planet using its three onboard monitoring cameras.

“We have completed our second of six Mercury flybys and will be back this time next year for our third before arriving in Mercury orbit in 2025,” said Emanuela Bordoni, ESA's BepiColombo Deputy Spacecraft Operations Manager.

BepiColombo has been equipped with three monitoring cameras (MCAM) that provide black-and-white pictures in 1,024 x 1,024 pixels resolution. The spacecraft made a close approach to the dark side of the planet. Mercury appeared illuminated in the images taken 5 minutes after the approach where the spacecraft was 800 km away. More pictures were taken after BepiColombo moved farther away from Mercury.

As the spacecraft hovered to the dayside, the Sun had risen over the cratered surface of Mercury due to which the topography of the planet was highlighted in the images captured by BepiColombo.

“I punched the air when the first images came down, and I only got more and more excited after that. The images show beautiful details of Mercury, including one of my favourite craters, Heaney, for which I suggested the name a few years ago,” said Jack Wright, a member of the MCAM team, and a research fellow based at ESA's European Space Astronomy Centre (ESAC) in Madrid.

The spacecraft captured the 1550 km wide Caloris basin for the first time with its second flyby. The images feature highly reflective lava floors of the basin against a darker background. The lavas of the Caloris are said to be post-date the formation of the basin, which makes studying it crucial for the BepiColombo probe.

“Mercury flyby 1 images were good, but flyby 2 images are even better,” said David Rothery of the Open University, who is also a member of the MCAM team. He added that the images highlight many scientific goals that can be explored once BepiColombo gets into orbit.