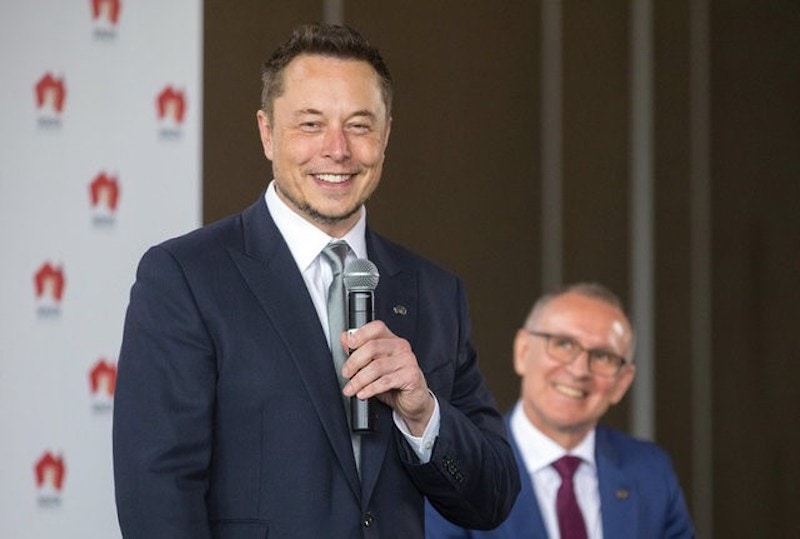 It's rare - if not unheard of - to hear someone question Mark Zuckerberg's comprehension skills.

The Facebook chief executive and social media icon is frequently lauded for his critical thinking and global vision, qualities that have helped him maintain his reign atop one of the world's most successful companies.

Yet on Tuesday, Tesla chief executive and fellow billionaire Elon Musk said in a tweet that Zuckerberg's understanding of the threat posted by artificial intelligence "is limited."

Should You Be Worried About the Rise of AI?

Musk's tweet was a response to a Facebook live broadcast that Zuckerberg did during a backyard grilling session Sunday in which he was asked about Musk's strident warnings surrounding AI. Musk wrote, "I've talked to Mark about this. His understanding of the subject is limited." Without mentioning Musk by name, Zuckerberg called such warnings "really negative" and "pretty irresponsible."

As he waited for his wood-burning stove to finish slow-cooking a brisket, Zuckerberg fielded a variety of questions, including on economic opportunity and the future of AI.

"I think that people who are naysayers and try to drum up these doomsday scenarios. . . . I don't understand it. It's really negative, and, in some ways, I actually think it's pretty irresponsible," said Zuckerberg, who also argued that people "can build things and the world gets better."

Zuckerberg pointed out some of the ways in which he believes AI can save human lives, such as helping to enhance the safety of self-driving cars and to diagnose medical conditions. He argued that technology can be used for good or bad and that it's incumbent upon inventors to innovate with caution.

Musk has been warning for years about the risk posed by AI, most recently telling a group of governors this month that they need to start regulating artificial intelligence, which he called a "fundamental risk to the existence of human civilization."

When pressed for concrete guidance, Musk said the government must get a better understanding of AI before it's too late.

"Once there is awareness, people will be extremely afraid, as they should be," Musk said. "AI is a fundamental risk to the future of human civilization in a way that car accidents, airplane crashes, faulty drugs or bad food were not. They were harmful to a set of individuals in society, but they were not harmful to individuals as a whole."