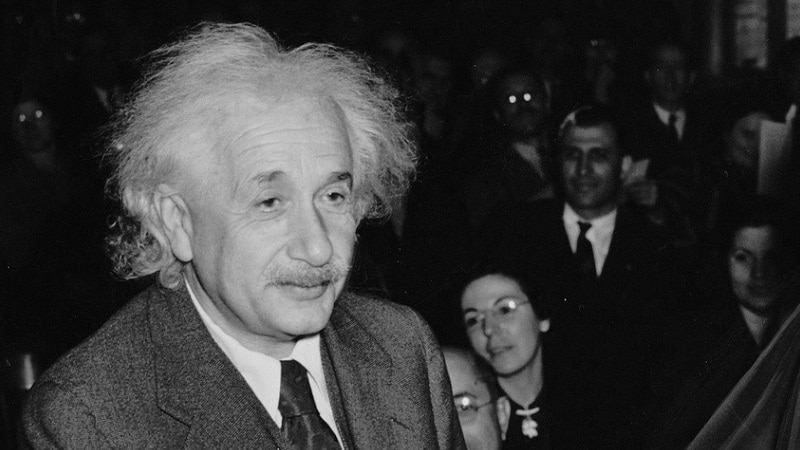 A handwritten letter by Albert Einstein in which he grapples with the concept of religion has sold for nearly $2.9 million (roughly Rs. 20 crores) smashing predictions.

The Nobel Prize-winning scientist, then 74, wrote the one-and-a-half page note to German philosopher Eric Gutkind in response to one of his works.

It is seen as a key statement in the debate between science and religion.

"This remarkably candid, private letter was written a year before Einstein's death and remains the most fully articulated expression of his religious and philosophical views," a statement from Christie's says.

It fetched almost double the auction house's predicted price of up to 1.5 million.

In the letter, written in his native German, Einstein takes issue with the belief in God.

"The word God is for me nothing but the expression and product of human weaknesses," he writes. "The Bible a collection of venerable but still rather primitive legends."

It continues: "No interpretation, no matter how subtle, can [for me] change anything about this."

The physicist also muses on his own Jewish identity, writing that it is "like all other religions, an incarnation of primitive superstition".

"The Jewish people to whom I gladly belong, and in whose mentality I feel profoundly anchored, still for me does not have any different kind of dignity from all other peoples," he writes.

It is not the first time Einstein's letters have been put up for auction.

It was sold alongside a number of other letters from Einstein, including a 1928 note that went for $103,000, in which he set out his thoughts for his third stage of the theory of relativity.

In 2017 again, a note in which he gave advice on happy living sold for $1.56 million in Jerusalem. Composed of a single sentence, it reads: "A calm and humble life will bring more happiness than the pursuit of success and the constant restlessness that comes with it."