Astronomers Spot Two Earth-Like Planets in a Nearby Multiplanet System

The system is about 10 parsecs or 33 light-years from Earth and was identified by NASA's Transiting Exoplanet Survey Satellite (TESS). 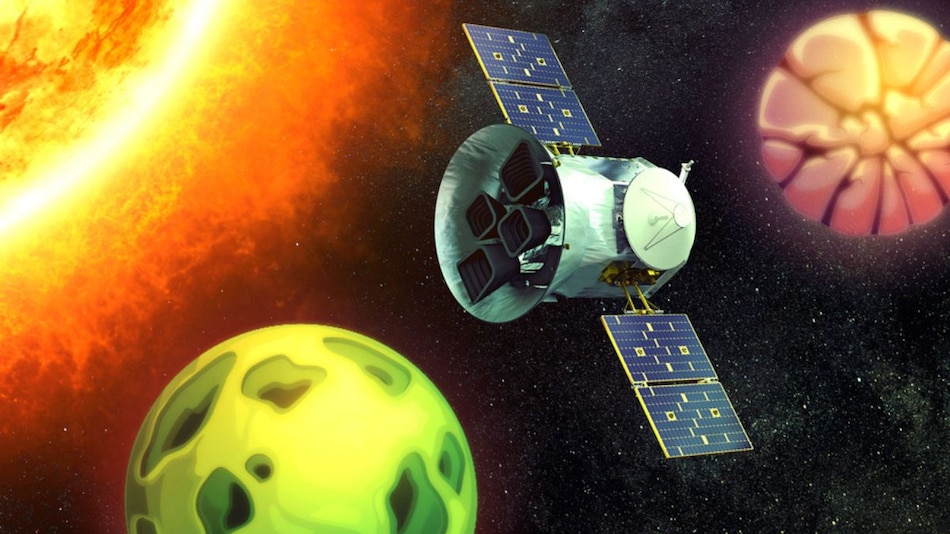 A star at the heart of the system was found to have at least two Earth-like terrestrial planets.

In a significant discovery, astronomers have spotted one of the closest known multiplanet systems located within our galactic neighbourhood. The system is about 10 parsecs or 33 light-years from Earth and was identified by NASA's Transiting Exoplanet Survey Satellite (TESS). The system was first spotted in October 2021 when Michelle Kunimoto, a postdoc in MIT's Kavli Institute for Astrophysics and Space Research and one of the discovery's lead scientists, was analysing the data from TESS.

Adding to the astronomers' fascination, a star, HD 260655, at the heart of the system was found to be hosting at least two Earth-like terrestrial planets.

Kunimoto noticed a pair of periodic dips in the starlight from the HD 260655 star. She then made use of the mission's science inspection pipeline to examine the signals and they were soon classified as TESS Objects of Interest (TOIs) or potential planets. While the process for such classification can take several years, the time was shortened in the case of HD 260655 using archival data.

Kunimoto found that the HD 260655 star had been observed by the High-Resolution Echelle Spectrometer (HIRES) as well. It is an instrument that operates in Hawaii as part of the Keck Observatory. In addition, the same star was also listed in an independent survey by CARMENES, which operates as part of Spain's Calar Alto Observatory.

Kunimoto and his team approached both HIRES and CARMENES and combined the two data. After the collaboration, the presence of the two planets around HD 260655 was confirmed.

“Both planets in this system are each considered among the best targets for atmospheric study because of the brightness of their star,” said Kunimoto.

Assessing the density of the two planets, the team concluded that they are terrestrial or rocky like Earth. However, the planets are unlikely to be habitable due to their high temperature. “We consider that range outside the habitable zone, too hot for liquid water to exist on the surface,” Kunimoto added.