The ultraviolet imaging telescope (UVIT) onboard India’s AstroSat was used for the study. 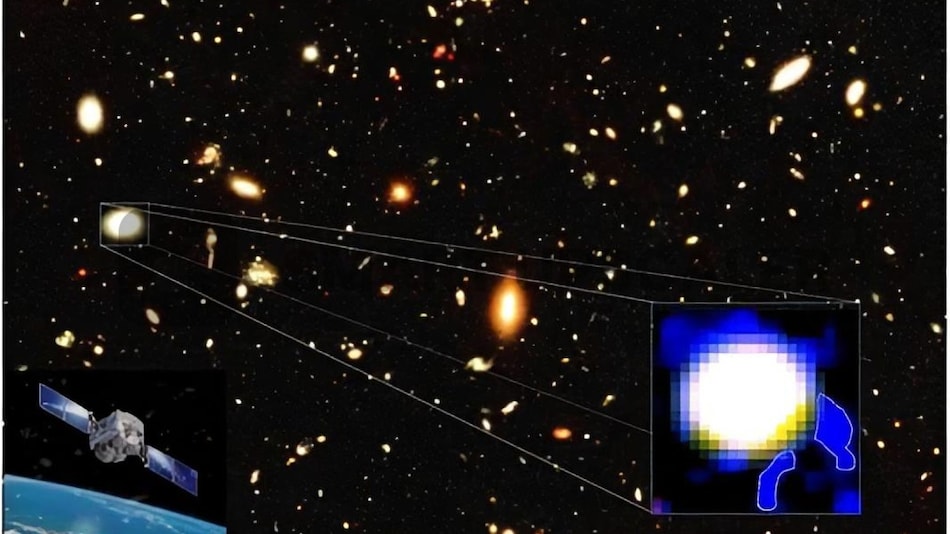 The galaxy has been spotted about 1.5 to 3.9 billion light years away from the Earth

A first-of-its-kind study has found new stars forming beyond the visible boundaries about 1.5 to 3.9 billion light years away from the Earth, according to an article by a research scholar of Tezpur University. Anshuman Borgohain, the research scholar was a member of the team of astronomers from India, the USA and France which conducted the study. He is the lead author of the article. "It is still unclear how dwarf galaxies of the past have evolved into the ones in the present day. Hence, capturing their assembly process over the cosmic ages is considered as one of the important links to complete the picture of galaxy formation and evolution," said the research article which was published in the multidisciplinary science journal 'Nature' this month.

Bruce Elmegreen, a principal research staff in USA's IBM research division who too was involved in the study, said that it has been a mystery how some small galaxies like these can have such active star formation.

The study was conceived using the ultraviolet imaging telescope (UVIT) onboard AstroSat, India's first dedicated multi-wavelength space observatory, a release issued by Tezpur University said. The AstroSat/UVIT's imaging capabilities have opened up promising avenues in the field of extragalactic astronomy, it added.

Borgohain works under the joint supervision of Rupjyoti Gogoi of Tezpur University and Prof Kanak Saha of Pune-based Inter University Centre for Astronomy and Astrophysics who are co-authors of the article.

The current work is an inspiration for young researchers of the country as this utilizes data from India's indigenous satellite AstroSat, Gogoi said.

"The discovery of such unseen phenomena in these distant dwarf galaxies is just another piece of the puzzle and a glimpse of the unknown that new state-of-the-art observatories are starting to show and have to offer in near future,' the university vice-chancellor Vinod K Jain said.