Fossils of Herd of 11 Dinosaurs Found in Italy

The Italian site formed part of the ancient Mediterranean area 80 million years ago. 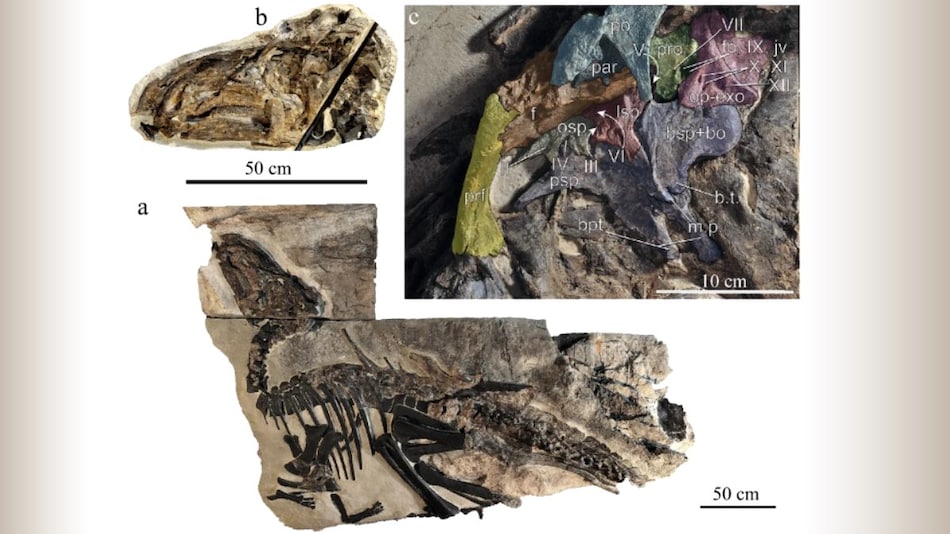 The skeletons belong to the species Tethyshadros insularis

A site in northern Italy has been churning out dinosaur discoveries for the past 25 years. Researchers have now discovered the biggest and most complete dinosaur skeleton ever found in the country at the site. Fossils of 11 dinosaurs have been unearthed at Villaggio del Pescatore, a former limestone quarry close to the north-eastern port city of Trieste. The skeletons belong to the species Tethyshadros insularis, which lived 80 million years ago.

The site — which 80 million years ago formed part of the ancient Mediterranean area — first came to prominence in 1996 after the discovery of a dinosaur skeleton that paleontologists named Antonio. They initially thought it was a “dwarf species,” but later research disputed this. Now, the researchers believe that Antonio had been a juvenile or young dinosaur.

Paleontologists have now named the largest of the fossilised remains among the group as “Bruno.”

Federico Fanti, the lead researcher, said Italy is not known for dinosaurs. And, although some fossils had been previously found there, now researchers have a whole herd at one dinosaur site. “Bruno is the biggest and oldest of the group, and the most complete dinosaur skeleton ever found in Italy,” Fanti told The Guardian.

“We knew there were dinosaurs at the site after the discovery of Antonio, but up until now nobody actually checked to see how many. What we have now are multiple bones belonging to the same herd.”

Researchers have been able to also find fossilised remains of fish, crocodiles, flying reptiles, and even small shrimp at the site. Some of the fossils have been put on display at the civic museum of natural history in Trieste.

The latest findings have been published in the Scientific Reports journal.

“The Villaggio del Pescatore quarry stands as the most informative locality within the paleo-Mediterranean region and represents the first, multi-individual Konservat-Lagerstatte type dinosaur-bearing locality in Italy,” the researchers wrote.